Iowa State students develop plans for crowded cemeteries, a looming issue for communities across the nation 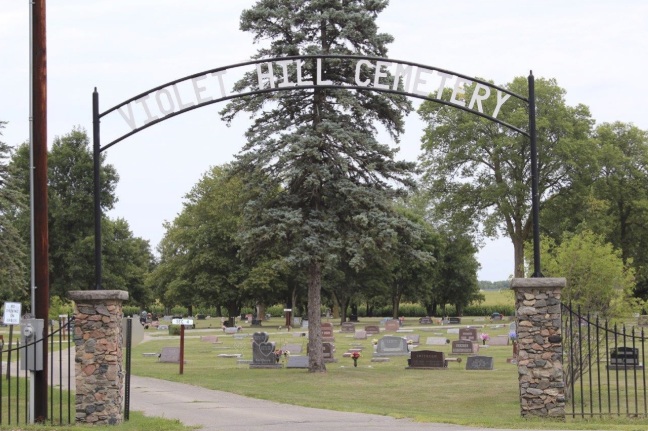 The entrance to Violet Hill Cemetery in Perry. Photo provided by Carlton Basmajian.

AMES, Iowa – The city of Perry is facing a problem that most communities will confront in the coming years, if they’re not already: The cemetery is running out of room.

Over the past several years, only two U.S. researchers have been studying and publishing research on the land-use implications of cemeteries and burial: Carlton Basmajian, associate professor of community and regional planning at Iowa State University; and Christopher Coutts, associate professor of urban and regional planning at Florida State University.

Last year, Perry City Manager Sven Peterson – an ISU community and regional planning alumnus – approached Basmajian with a predicament. Peterson asked for input as the city starts master planning for the land it recently purchased adjacent to Violet Hill Cemetery. This will be the cemetery’s third expansion due to growing space needs.

This spring, Basmajian’s 11 students took on Peterson’s question in a new class, “City of the Dead.” They learned about the history of cemeteries and burial practices in the United States, as well as land-use regulations in Iowa, planning practices and the complexity of this problem considering religious and cultural factors.

The students came up with five options Basmajian says could springboard into solutions for communities across America grappling with cemetery space constraints.

“Lots of cities don’t have plans,” Basmajian said. “Most communities haven’t built a cemetery since the 1950s, so there’s been more than half a century of no expansion and no planning. Now, with the bubble of baby boomers growing older, this is going to be a major issue in the next 30 years.”

A variety of options to solve cemetery space constraints

The United States’ 76 million baby boomers will reach average life expectancy between 2024 and 2042. If all of them were buried traditionally, it would require the equivalent of 130 square miles of space – about the size of Las Vegas.

Even if trends shift toward cremation or non-traditional burial methods, communities will still wrestle with space issues in their cemeteries. 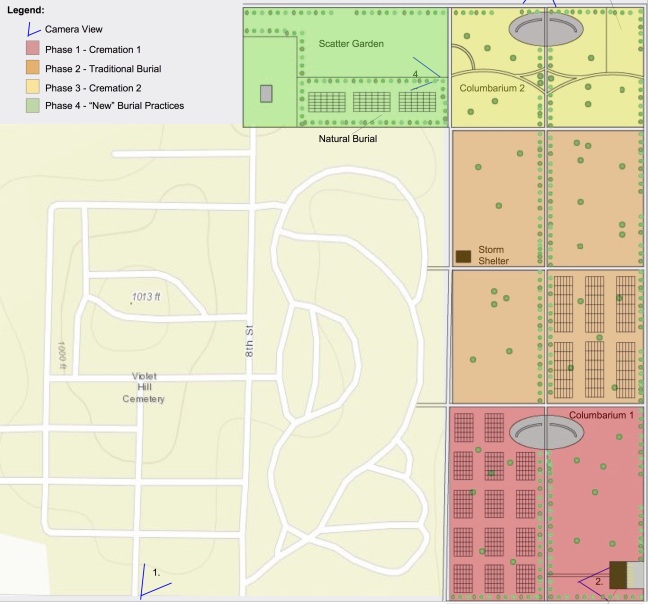 “But planners don’t usually talk about it,” Basmajian said, despite the growing problem in cemeteries of all sizes, from Violet Hill in Perry to those in large metropolitan areas, such as the historic Green-Wood Cemetery in New York City.

His students considered all options for Perry, including traditional burial, cremation, natural burial, columbaria (which hold urns), scattering gardens and more. Each team developed proposals for how the city could increase cemetery capacity for the next 30 to 50 years.

What they came up with was a mix of traditional and new burial practices, as well as an analysis of costs to families and how planners might start the conversation with their community.

Kaylinn Taggart, senior in community and regional planning and recent architecture graduate from Council Bluffs; and her partner, community and regional planning graduate Kyle Ten Napel from Sergeant Bluff, came up with a phased plan that combines cremation, traditional burial, natural burial and a scattering garden – some of which Taggart recognized “would require policy changes” both in Perry and in Iowa.

Another team also designed a multi-use cemetery, considering columbaria, a scattering garden, public art and landscaping. Engagement with the public will be an important component, they said, particularly as some in Perry’s growing immigrant population may have different burial customs.

“This class opened my eyes to what will end up happening in the next 30 to 40 years,” said Michael Pillman, recent graduate in community and regional planning and urban design from South Lebanon, Ohio. “It’s something cities should really start planning for.

“Hopefully this work can start a cultural change where people will start talking about cemeteries and land-use planning.”

An Iowa State University researcher brought his unique work to the classroom, studying the land-use implications of cemeteries and burial. This semester, his students researched and planned various options for the city of Perry, which – like many communities across the United States – is facing space constraints in its cemetery.

“Lots of cities don’t have plans. Most communities haven’t built a cemetery since the 1950s, so there’s been more than half a century of no expansion and no planning. Now, with the bubble of baby boomers growing older, this is going to be a major issue in the next 30 years.” 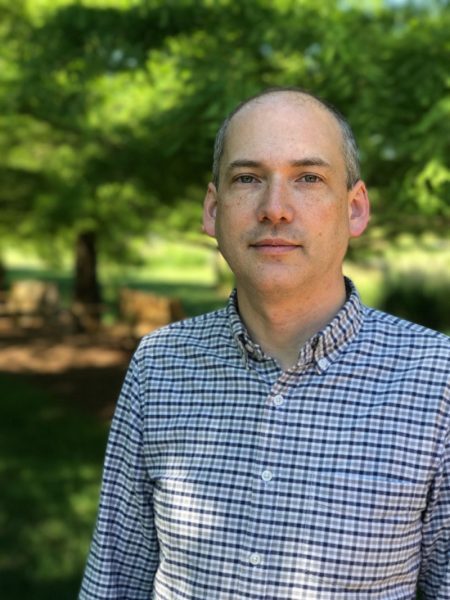