Iowa State alumnus returns to tell refugee stories, including his own

AMES, Iowa – An Iowa State University architecture alumnus is returning to campus Sept. 5 to share his story as a Syrian refugee and to discuss his artwork recreating refugees’ stories in suitcases. 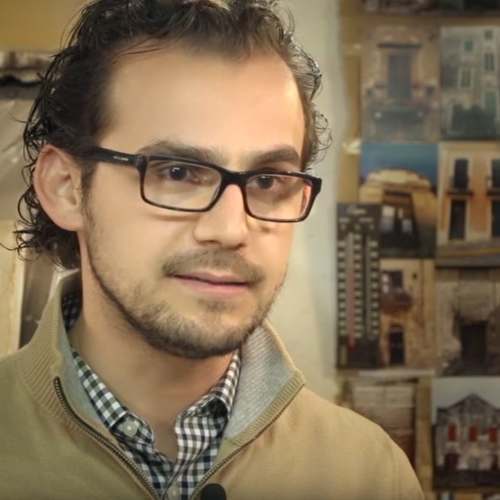 Mohamad Hafez was born in Damascus, Syria’s capital. He came to the United States in 2004 to study architecture at Iowa State. The Syrian civil war began in 2011, and Hafez found himself unable to return home.

In an upcoming lecture, “Refugee Stories: The Art of Mohamad Hafez,” he will speak about his art, his experiences and the stories he’s gathered from other refugees. This free, public lecture takes place at 8 p.m. Wednesday, Sept. 5, in the Memorial Union Sun Room. It is part of the World Affairs Series.

His exhibition, “Unpacked: Refugee Baggage,” will be on display at Iowa State’s Christian Petersen Art Museum Sept. 4 through Oct. 19.

Hafez’s miniaturized suitcases recreate the rooms, buildings and other spaces destroyed by war – taken from stories relayed by the refugees who have experienced this destruction and displacement. Hafez uses his architectural skills to create streetscapes and interiors that are surrealistic and politically charged. Each suitcase is accompanied by an audio recording of the refugee telling his or her story.

While each story is unique, the artwork as a whole examines the sense of loss and courage experienced by every refugee, as well as the juxtaposition of East and West within Hafez. The nostalgia of each refugee’s story is displayed in the midst of the destruction they witnessed.

Hafez’s artwork has gained attention both from national news media, including reviews in The New York Times and The New Yorker, and from installations in New York City, Boston and Washington, D.C. He continues his work as an architect with Pickard Chilton, and has a studio in New Haven, Connecticut. He currently serves as a 2018 Yale University Silliman College Fellow.

This lecture is co-sponsored by the College of Liberal Arts and Sciences diversity and inclusion committee, College of Design, International Students and Scholars Office, departments of English and world languages and cultures, global resource systems program, international studies program, National Organization of Minority Architects, and the World Affairs Series and Committee on Lectures, which are funded by Student Government. 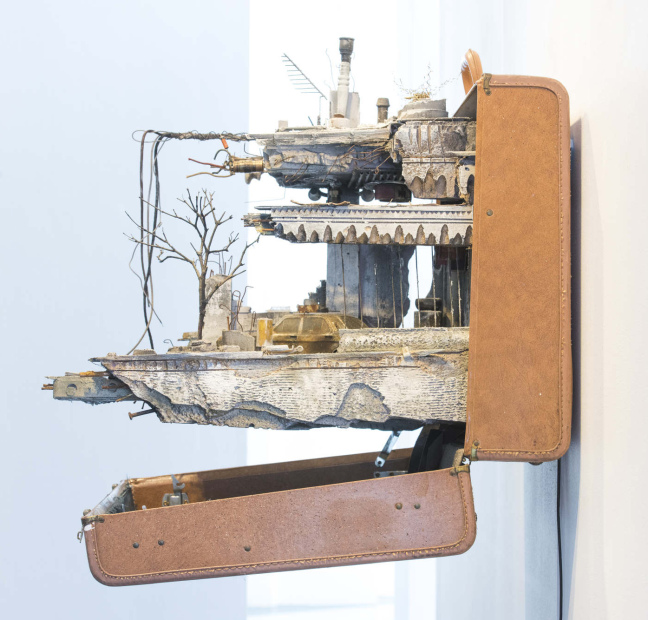 “War, the Refugee Crisis and the Global Response”

Drawing on her collaborative work with Facing History and Ourselves, Katherine Bruna, associate professor of education, will model the organization’s resources and pedagogical strategies to encourage the development of connections to the refugee experience through this exhibition.

ISU faculty, staff and students will share their own stories about the refugee experience to further understanding, empathy and inclusion at Iowa State.