AMES, Iowa – Temple Grandin, a renowned expert on animal behavior and activist for people with autism, is coming to Iowa State University on Sept. 13.

Grandin will present “The Design Process, Autism and Animals” at 7 p.m. Thursday, Sept. 13, in the Memorial Union Great Hall. This public lecture is free.

She is a professor of animal sciences at Colorado State University, and has a successful career consulting on both livestock handling equipment design and animal welfare. Half of the cattle in the United States and Canada are processed in humane handling systems that Grandin designed for meat plants.

Her expertise on animal welfare, facility design and livestock handling has led many in the livestock industry to change their animal handling practices.

Grandin, who has autism, wrote “Thinking in Pictures,” in which she describes the unique way her visual mind works and the connection between autism and animal temperament. In “Animals in Translation,” Grandin explores the connection between autism and animal behavior. In her latest book, “The Autistic Brain: Thinking Across the Spectrum,” she addresses scientific advances in understanding autism.

In 2017, Grandin was elected a fellow of the American Association for the Advancement of Science. She has been inducted into both the American Academy of Arts and Sciences and the National Women’s Hall of Fame. Time magazine named her one of the “100 Most Influential People” in 2010. HBO made an Emmy Award-winning movie about Grandin’s life starring Claire Danes, and Grandin is the subject of the BBC documentary “The Woman Who Thinks Like a Cow.”

This lecture is co-sponsored by the animal science department, College of Agriculture and Life Sciences, College of Veterinary Medicine, Student Accessibility Services and the Committee on Lectures, which is funded by Student Government. 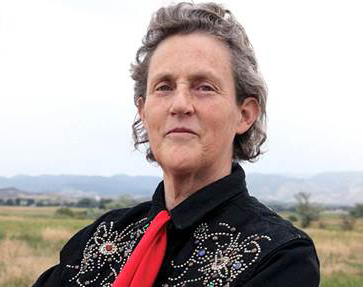 “The Design Process, Autism and Animals”