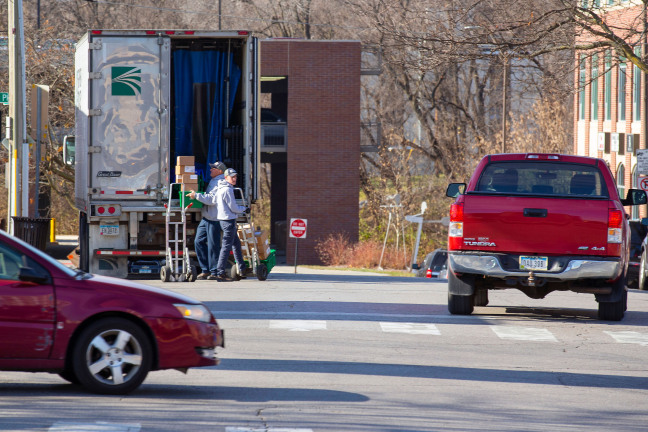 AMES, Iowa – Delivery trucks double parked and blocking traffic, or backed into a loading zone in which they do not fit are common problems in downtown and urban neighborhoods. An Iowa State University researcher expects the combination of aging infrastructure and revitalization efforts, spurring residential and commercial growth in these areas, will only make the problems worse. 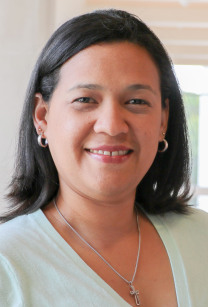 “In order to keep the shipper’s promise to customers, carriers must make multiple trips within the city,” Amaya Leal said. “It is harder to consolidate and maximize capacity, so carriers are sending out more vehicles because of the time constraints and delivery windows.”

Carriers are a vital agent in the supply chain, but often have little control over how and when deliveries are scheduled. Unfortunately, many of the policies aimed at reducing congestion and pollution from urban freight place restrictions or added costs on the freight industry, and have little impact on the behavior of shippers and receivers who dictate the deliveries, Amaya Leal said.

To help city planners and leaders address these issues, Amaya Leal and a research team, led by José Holguín-Veras at Rensselaer Polytechnic Institute, reviewed transportation initiatives in 32 countries and 56 cities. The two-part study, published in Transportation Research Part A, ranked dozens of initiatives ranging from infrastructure upgrades to parking or vehicle restrictions to delivery programs designed to avoid peak times. Most had positive and negative effects requiring some form of tradeoff.

“There is no single recipe. What works for one community, may not work for another. However, it’s clear there is a need for more conversation before implementation,” Amaya Leal said. “Freight carriers want to move supplies as efficiently as possible and some policies make that difficult. If the flow of cargo is hampered it is bound to have a negative effect on the economy.”

For example, some cities charge tolls to limit traffic in urban areas during peak times of the day. Freight carriers have no choice but to pay the toll, and depending on the delivery contract, typically cannot pass on the cost to the consumer, Amaya Leal said. Many carriers absorb the cost, she said, simply because they cannot risk losing the business.

Other policies, such as shifting deliveries to off-peak hours, appear to be more effective. Some cities have successfully moved a percentage of their urban deliveries to off hours, the researchers found. This works well for 24-hour businesses, and shops or restaurants that are closed overnight can provide access to a secure location for deliveries, Amaya Leal said.

The group’s final list of recommendations focused on benefits for three main stakeholders: community, society and the freight industry. However, more important than the rankings, Amaya Leal says the key takeaway from the research is the need for collaboration.

“Policy should not be designed from a desk without participation from all stakeholders,” she said. “Instead of just looking at the benefit for one side, the policy should involve the benefit of all. Most of the policies implemented that are more restrictive only benefit a few to the detriment of others.”

Rather than focusing on restriction, Amaya Leal says policymakers are starting to look at more incentives so the freight industry is not shouldering much of the burden. For example, some cities are providing tax breaks for freight carriers that invest in fuel efficient vehicles to help reduce emissions.

More people are living and working in downtown or urban neighborhoods, which is increasing demand for urban deliveries. An Iowa State University researcher says we can expect more congestion and pollution as a result. That is why Johanna Amaya Leal and a team of researchers are looking for solutions.

“There is no single recipe. What works for one community, may not work for another. However, it’s clear there is a need for more conversation before implementation. Freight carriers want to move supplies as efficiently as possible and some policies make that difficult. If the flow of cargo is hampered it is bound to have a negative effect on the economy.”