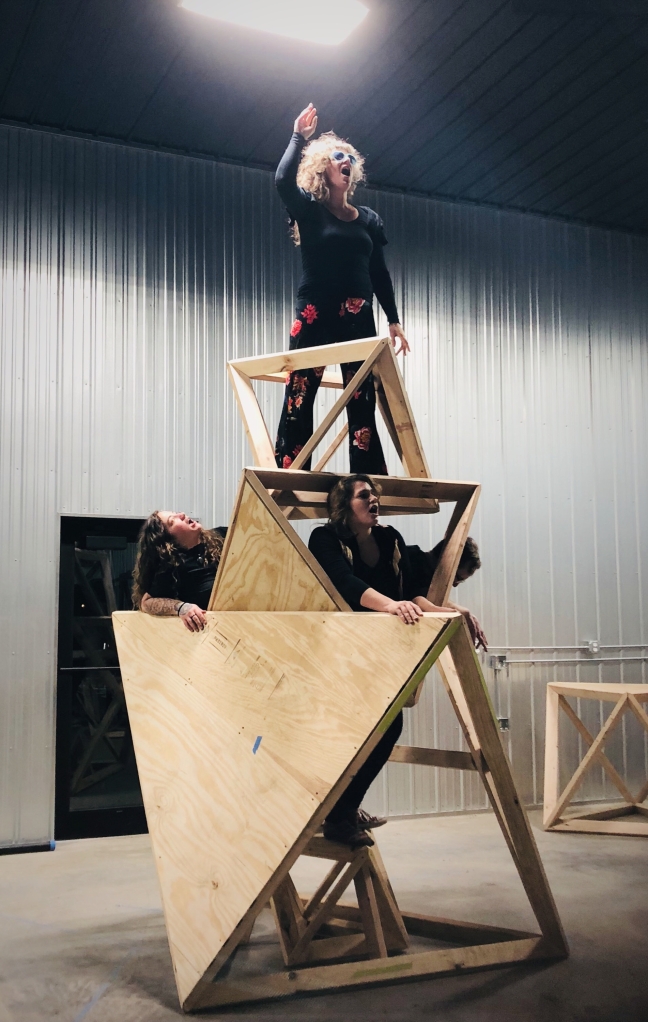 AMES, Iowa — This week will be uniquely chaotic for Sascha Antropov. The mechanical engineering major isn’t only heading into his spring classes at Iowa State University; he’s gearing up for the debut of his original musical.

Antropov has been hard at work the past several months writing and arranging music for “Moonrock: The Musical” alongside Lyndsay Nissen, who received her master of fine arts in integrated visual arts from Iowa State in 2015.

Antropov is a nontraditional student in more ways than one. He’s 33 years old, married, and this is his third time attending Iowa State. He works when he’s not in class and he’s a guitarist and keyboardist in two local progressive rock bands, Moonrabbit and The Observer.

While he’s spent most of his life in Ames, his story began thousands of miles away: he was born in the former Soviet Union. When Antropov was 6 years old, his father took a job at the U.S. Department of Energy’s Ames Laboratory. The family headed to the United States shortly before the dissolution of the Soviet Union. In Ames, they discovered a community of Russian families who had left the Soviet Union at about the same time and who had children the same age. The families forged a strong bond, doing everything together.

One was a piano teacher, so Antropov immediately began lessons. He was classically trained through high school, but after graduating started learning guitar. He returned to the piano a few years later after picking up some sheet music for popular songs, and saw the possibilities. He jammed around Ames and eventually joined bands, where he gained songwriting experience.

Antropov first studied liberal arts at Iowa State, then design. He took several years off to work, but became interested in school again and joined a friend in enrolling at Des Moines Area Community College.

“I started to value education more,” he said. “Then I came back to ISU as a transfer student.”

This semester marks one year since Antropov transferred, and his grades are matching his renewed ambition. He chose engineering this time around, he says, because his mind is “wired” to tackle math, science and problem-solving.

“I used to have the mindset that past generations had to go to school to learn something, whereas nowadays it’s easy to teach yourself whatever you want to know — so why would you go to college?” Antropov said. “I’ve learned that education is important in the sense of proving that you’re a reliable person, that you have the skills to survive in a job. My mindset changed again when I went into engineering, because it’s difficult. They’re throwing problems at you not always to solve them, but to develop your problem-solving skills.”

Because he’s older than most of his peers, Antropov has become somewhat of a mentor. He has the full-time work experience some students don’t, and the resulting work ethic that’s proven valuable in the classroom.

Outside the classroom, imagining a musical

The idea for a musical began when Nissen and a friend attended an event at the Ames City Auditorium. She wanted to create something local and original to fill the space. One night last summer, Nissen ran into Antropov and proposed creating a musical. They brainstormed for a while and parted ways. Two weeks later, they met again and Nissen had a slew of ideas; Antropov had none, as he thought the conversation was a joke. 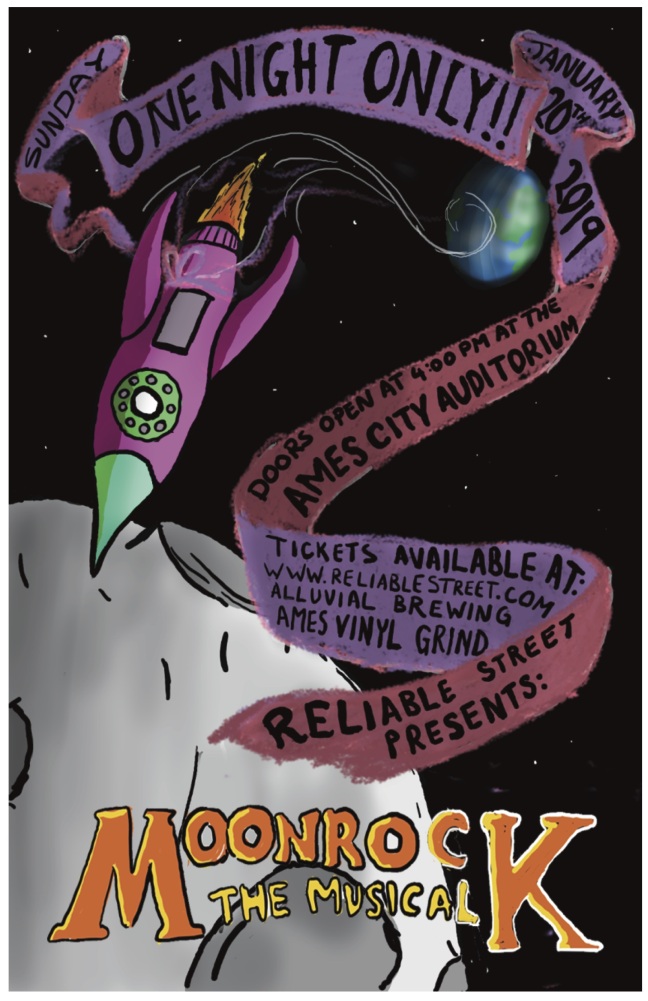 Over the next few months, they wrote a two-act musical with 22 original songs. They’re quick to point out that it wasn’t a two-person creation; thanks to their connections both at Iowa State and in the community, the pair recruited advice and help from actors, choreographers, musicians, artists, carpenters, writers and more to make “Moonrock” a reality.

“It’s unique in that it’s totally a community collaboration,” Antropov said. “It’s more than three dozen people, each bringing their own stories to the process.”

In the musical, a group of people wake up from a collective dream and are inspired to travel to the moon. Guided by Captain Rocket, the crew journeys through space, unaware of the evil that lurks among them.

“Moonrock: The Musical” will be performed at 5 p.m. Sunday, Jan. 20, at Ames City Auditorium. The date of the performance is significant to the story; it marks the next supermoon total lunar eclipse, with totality (when the earth’s shadow covers the moon) occurring around 11:12 p.m. Jan. 20.

This week will be uniquely chaotic for Sascha Antropov. The mechanical engineering major isn’t only heading into his spring classes at Iowa State University; he’s gearing up for the debut of his original musical.