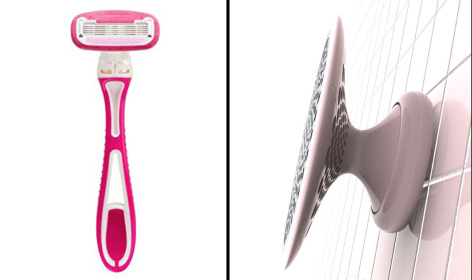 The Lotus razor (right) doesn't look like a traditional razor (left) and can shave in any direction. (Larger image) Photo provided by Steven Abramsky

AMES, Iowa – The prototype blades Steven Abramsky designed and engineered for his Lotus razor were delivered this week from a manufacturer in Germany.

It’s a significant step forward allowing Abramsky to begin the first phase of consumer testing and learn what women love or hate about the razor. The senior industrial design major never imagined he’d have a prototype and a provisional patent, just six months after wrapping up the 2018 CYstarters cohort, but he recognizes there are still plenty of challenges ahead. 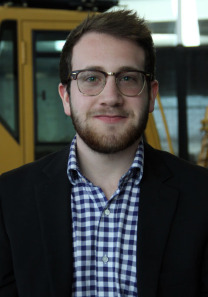 “A big challenge we’re trying to overcome is how to ensure users this razor is better and help them see it’s a product they’ll like,” Abramsky said. “One of the most valuable things I’ve learned is that when you’re trying to change behavior, it’s a little scary for a lot of users. It may be difficult for them to wrap their head around the concept. Women are used to shaving in one direction and they’re leery of moving the razor in any direction.”

The Lotus razor uses a 360-degree architecture of circular blades. Abramsky says the concept started as a class project that required students to improve a product they use daily. He picked the trimmer he uses to maintain his close-shaven beard. As he worked on the project, many of his female friends, even his mom, told him to design a razor for women.

During the 10-week startup accelerator, Abramsky conducted several focus groups using the feedback to improve his design. Working with the CYstarters staff, mentors and workshop presenters also taught him how to interface with manufacturers, market and price a product and the many other details required to run a business. He and other members of the 2018 cohort continue to meet with the staff at ISU’s Pappajohn Center for Entrepreneurship for guidance and advice.

“At a recent meeting, we discussed overhead and different techniques to bring those manufacturing costs down to make the product affordable. We also talked about ways in which we can strategically and logically bring this product to market,” Abramsky said.

That work will continue as Abramsky prepares to graduate this spring and find a job. He says CYstarters has opened the door to several employment opportunities he might not have had without that experience. 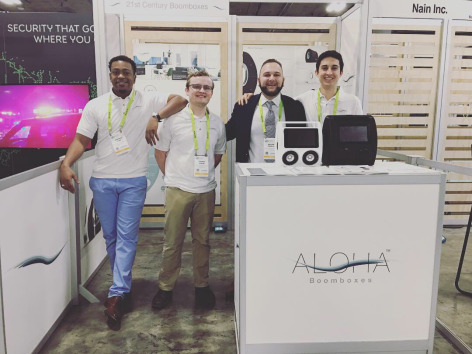 It’s that ongoing support and collaboration from CYstarters, the Pappajohn Center, his experience in the ISU Startup Factory and the central Iowa entrepreneurial community that Srdjan Pavelic finds most valuable. Pavelic, who graduated last spring with degrees in industrial design and graphic design, is making progress on his company, Aloha 21st Century Boomboxes.

“In terms of self-development and expanding my business knowledge, I don’t think I would have been able to do that anywhere other than CYstarters,” Pavelic said. “As a student getting ready to finish up my academic career last year, having that atmosphere close to campus made me still feel somewhat like a student, but leaping into adulthood.”

Since CYstarters ended in August, Pavelic has expanded his team, built his network and created new prototypes of his boombox. The latest iteration is smaller and the hardware optimized since last summer.

“The entire assembly is becoming more streamlined and ready for mass manufacturing,” he said.

“Every part of getting our product to market has been touched on, now with more in-depth data behind them,” he said. “We received huge exposure to individuals and companies that gave us the steps to take our company to the next level.”

Meanwhile, Pavelic also works full-time as an assistant store manager for a cell phone company in Des Moines and in several months will manage his own store.

He hopes to secure a round of investors next, using that capital to expand his in-house engineering team and optimize the product further with potential partners. They’ll continue refining prototypes and doing user testing, with a plan to release a minimum viable product by spring 2020, which will allow for more customer feedback.

“Get uncomfortable as fast as possible, because the sooner you accept that the faster you will excel at opportunities you never even thought you’d enjoy exploring before,” he said.

Applications for the summer 2019 cohort are due March 1.

Support from the Pappajohn Center doesn’t stop at the end of the program. Staff encourage students to foster relationships developed during the summer and continue building their networks.

“These young entrepreneurs have the advantage of proximity to Iowa State University. With the ability to access knowledge and human talent, research, makerspaces and labs, combined with the emphasis and commitment on campus to support entrepreneurship and innovation, it makes for a diverse entrepreneurial ecosystem. We support and continue to make connections that matter for these entrepreneurs long after the summer program.”