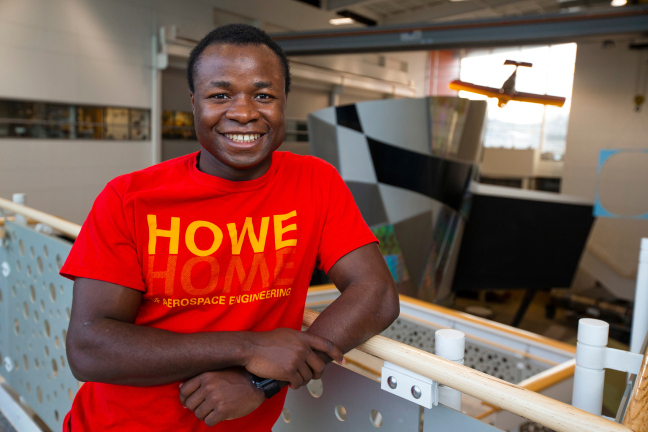 No matter. Imani is now a senior in aerospace engineering, and he’s graduating from Iowa State University this weekend.

Imani was born and lived in Kigoma, Tanzania, the first year of his life. Following the Rwandan genocide, his family spent nine years in the Mtabila refugee camp. There, Imani fell in love with school, math in particular.

He also learned the importance of community.

“Despite all the violence that surrounded and resulted in us being there, the people got together and supported us,” he said. “To me, it was just a safe community. We didn’t have a lot of resources in terms of health and food, but we had enough. If a neighbor didn’t have enough, as a community we had a responsibility to support them, which is what I try to do now on a daily basis, is support the people next to me.”

In February 2008, the Imani family was able to come to the United States, and moved to Des Moines’ south side.

“It was a culture shock … also a temperature shock for me,” Imani said, laughing. “The first thing I saw was white stuff outside. I thought, that’s probably rice, because I didn’t know. My dad was like, ‘I think that’s snow.’”

“It took me about four to five months to learn enough to be able to have a conversation,” he said. “So, I started taking up some of the family responsibilities of we need to pay the bill, I need to write the check because my dad doesn’t write in English. At doctor’s visits, I have to interpret. It became a weird transition but also just, this is growing up and what I have to do to make ends meet for my family.”

When Imani was in middle school, the family moved to Des Moines’ north side. It was a turning point for Imani, who joined Freedom for Youth Ministries and the Marine Corps JROTC. Those organizations taught him about community service, leadership and higher education and put him in touch with mentors and community leaders.

Imani found an introduction to aviation class at the Des Moines International Airport – a perfect pairing with his longtime fascination with planes. His instructor pointed him to Iowa State’s aerospace engineering program.

One of his mentors drove him to Ames for a visit. After touring Howe Hall, seeing the Bill James Wind Tunnel and other labs and meeting with aerospace engineering professor of practice Clayton Anderson, Imani was sold.

During Imani’s senior year of high school, he was invited to speak at the 2015 Iowa STEM Summit. Asked where he would like to work someday, Imani responded: Collins Aerospace. Collins executives were sitting in the front row, and approached him afterward with an internship offer.

Imani accepted – and has since completed five internships with the company. During this time, he was mentored by ISU alumnus Shaun Humes, who helped Imani with his skills and networking opportunities within Collins Aerospace.

Growing through the challenges

He’s had equal success at Iowa State. Imani received the Multicultural Vision Program Award, he was selected for the President’s Leadership Class, he joined the aerospace learning community in Helser Hall and he served as brand ambassador for Collins Aerospace. He eventually became a community adviser in Helser to give back to freshmen in the same position he was in. 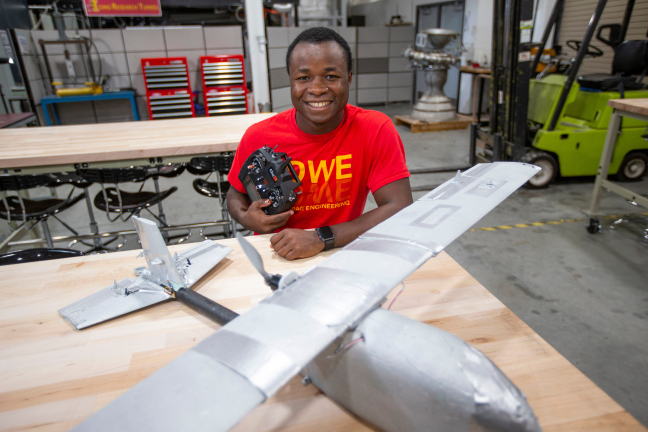 Imani encourages current and prospective students to seek friends, campus leaders and opportunities at Iowa State that will help them grow in their education and future careers.

“Engineering was hard, but I grew during this time,” he said. “If it wasn’t hard, I don’t think it would’ve been worth it. I think people grow when they go through struggles.”

He’s thankful for the people and organizations that helped his family find their way in a new culture when they arrived in the U.S.

“The rest that was happening, we let that be out there and focused on what we could control,” he said. “That has paid dividends to how I navigate through Iowa State. I have my mind on the goal. I’m staying focused on the mission of graduating.”

Once that mission is complete, Imani will start a new one: working as a senior associate software engineer for Collins Aerospace in Sterling, Virginia. In this position, Imani will maintain aircraft simulation systems for government and commercial systems.

“It pains me to say I will be moving out of Iowa, because I loved Iowa and I still do, but it’s a great opportunity,” he said.

In fact, his new manager is originally from Rwanda.

“It’s the best opportunity because my dad can actually speak to my boss in a language they can both understand,” he said. “I’m working on these projects and some of these words are not in my language.

“The biggest thing for me is family and making sure that I put myself in a position to be able to help them.”

The Rwandan genocide forced Kwizera Imani and his family to spend nine years in a refugee camp. There, Imani fell in love with school, math in particular. Imani is now a senior in aerospace engineering at Iowa State University, and he’s graduating this weekend with five internships under his belt and a new adventure: a job at Collins Aerospace.

“We didn’t have a lot of resources in terms of health and food, but we had enough. If a neighbor didn’t have enough, as a community we had a responsibility to support them, which is what I try to do now on a daily basis, is support the people next to me.”

“Engineering was hard, but I grew during this time. If it wasn’t hard, I don’t think it would’ve been worth it. I think people grow when they go through struggles.” 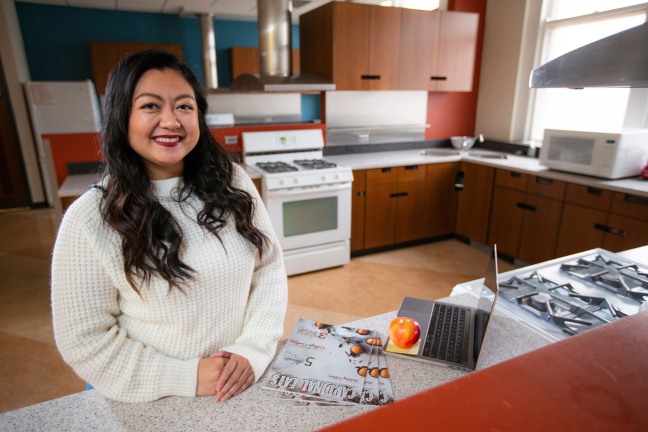 Manichanh Naonady is a mother, journalist, non-traditional student and so much more. She’ll soon have another identity: college graduate. She graduates from Iowa State University this weekend with a bachelor’s degree in journalism and mass communication and a newfound passion for food journalism.