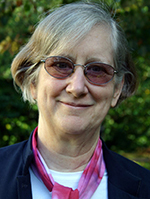 Willson said she was thrilled by the award for three reasons: First, “being recognized by one’s peers is a wonderful confirmation that one has done something useful.” Second, she had long hoped the society would start a fellows program as a “way to recognize accomplishments that may not fit in the often tight constraints set on awards and prizes.” And third, it’s a way to recognize various forms of service to the society – Willson, for example has served in a number of capacities, most recently as vice president.

Kawaler said many other scientific societies name fellows and it’s a point of pride when department of physics and astronomy colleagues are named fellows of the American Physical Society. And now the department’s astronomers have a similar opportunity for recognition. 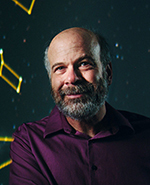 Besides, he said, “I feel particularly fortunate to be part of this entering class of AAS Fellows, since it includes many astronomers that I’ve been in awe of during my career – in particular, ISU’s Lee Anne Willson.”

Willson officially retired nearly six years ago, but has continued researching how stars such as the sun lose mass when they age and become red giants. One current project is using observations to produce a better formula for mass loss in red giants. Another project involves Willson’s 1981 discovery that a system of two stars – a red giant and a white dwarf – has a 44-year orbital period and is now in the early stages of an eclipse.

Kawaler’s current research is focused on analyzing star data from NASA’s planet-hunting TESS Mission (“We’re being almost overwhelmed with data from TESS. ... ”). Kawaler is using the data to understand how the insides of stars change as they age. He’s also beginning to think about how the European Space Agency’s PLATO Mission, set for launch in 2026, will advance his studies of seismic waves in stars.

Megan Donahue, the current president of the AAS, said honoring Kawaler, Willson and the rest of the new fellows will help raise the visibility and prestige of astronomy.

“Our members were missing out on the opportunity to not only celebrate the accomplishments of individual astronomers, but also the success of the field more generally,” she said.

The American Astronomical Society was established in 1899 and has more than 8,000 members across North America. 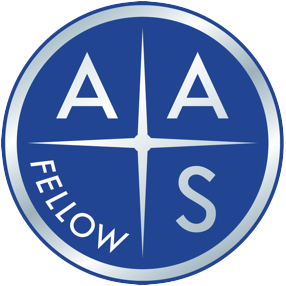 Iowa State University's Steve Kawaler and Lee Anne Willson are part of the first class of fellows of the American Astronomical Society. The new honor recognizes original research, innovative contributions, significant outreach or noteworthy service to the society and to astronomy.

“Being recognized by one’s peers is a wonderful confirmation that one has done something useful.”

“I feel particularly fortunate to be part of this entering class of AAS Fellows, since it includes many astronomers that I’ve been in awe of during my career – in particular, ISU’s Lee Anne Willson.”