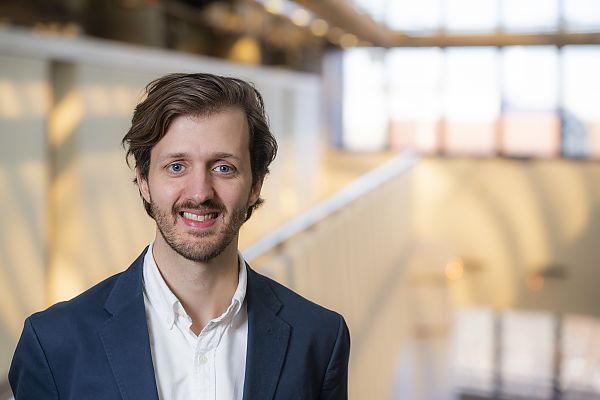 This study, by Daniel Kuhlmann, assistant professor of community and regional planning at Iowa State University, was published recently in the peer-reviewed Journal of Planning Education and Research. He examined whether the demolition of dilapidated and abandoned housing affects the maintenance decisions of nearby homeowners.

In the wake of the 2008 recession, many cities experienced an increase in the number of vacant and abandoned houses. Some cities, such as Cleveland and Detroit, received federal funding to acquire vacant properties through land bank programs. While land banks were able to remodel and sell some of these properties, for the most distressed houses, demolition was the only option.

Kuhlmann wondered how effective those policies and demolitions had been.

“Demolition programs have two goals. The first is to get nuisance properties out of neighborhoods because they can be dangerous,” he said. “The second goal is to help stabilize declining neighborhoods.”

Past research showed that demolitions have little effect on neighboring property values. But what about the physical condition of nearby homes?

Kuhlmann looked at changes to houses over time, including the presence of boarded or broken windows, dumping or yard debris, and damages to roofs, paint, siding, gutters and porches.

Using the results of two property condition surveys and administrative records on demolitions in some of the most distressed neighborhoods in Cleveland, Kuhlmann found properties near demolitions were more likely to show signs of improvement between the two surveys and less likely to deteriorate themselves.

Kuhlmann recognizes the longstanding disinvestment in some of these neighborhoods, many of which are doubly affected by racial inequities. This fact makes studies like Kuhlmann’s “challenging because even if distressed housing contributes to decline, it is certainly also a symptom of it.” He suggests that future research should look at demolitions’ long-term effects on a neighborhood.

“Community-wide, residents tend to see demolitions as a good idea in specific instances, but they would like larger investments,” he said. “It can’t end with demolitions.”

These findings are useful for planners, policymakers and academics concerned about damages caused by abandoned and deteriorating housing, Kuhlmann says.

“My research in general focuses on the extremes of decline, but I do think these types of properties exist in more cities than we might expect,” he said.

“Community-wide, residents tend to see demolitions as a good idea in specific instances, but they would like larger investments. It can’t end with demolitions.”

“Fixing up after tearing down: The impact of demolitions on residential investment”

Journal of Planning Education and Research