“The NASA Kepler Mission” book: Planet hunting, star studies and, “Are we alone?” 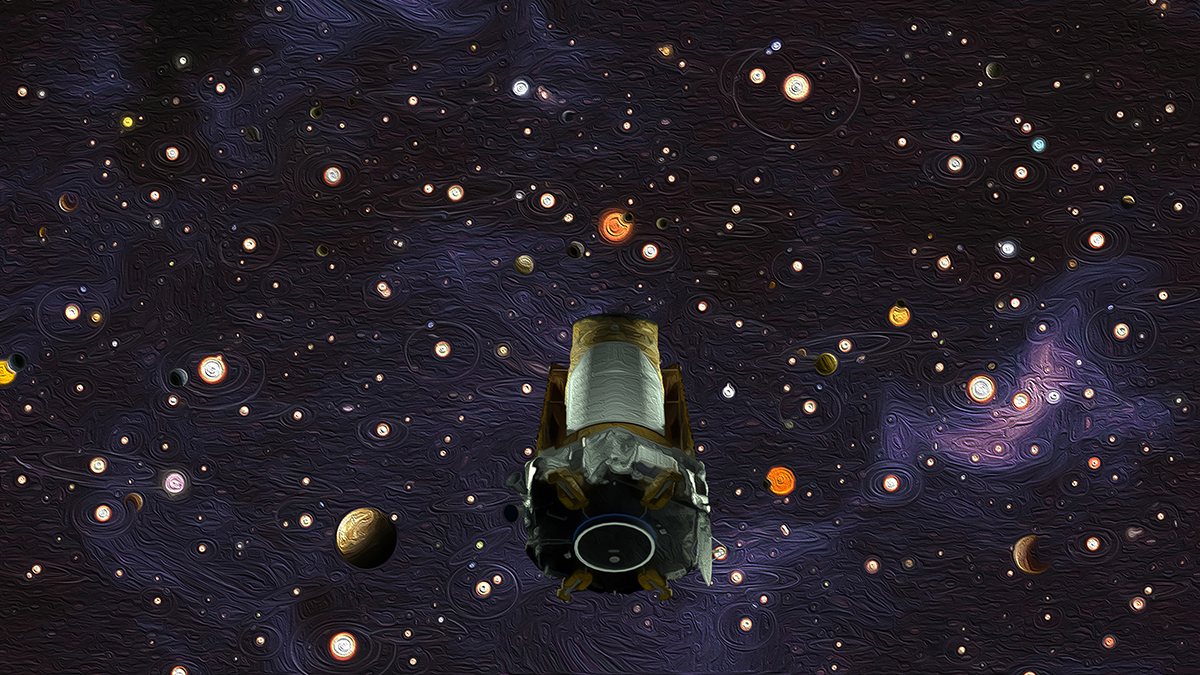 AMES, Iowa – NASA’s Kepler Mission was all about finding planets outside our solar system – especially Earth-like planets that could support life – but it also revitalized the study of stars.

“Stellar astrophysics underwent a re-birth due to the NASA Kepler and K2 missions,” says the introduction to a chapter on star studies in a new e-book targeted for graduate students and the astronomy community. “The NASA Kepler Mission,” edited by Steve Howell of NASA and published by a partnership of the American Astronomical Society (AAS) and IOP Publishing is now available online.

“It was more than a revival; it was an absolute revolution,” said Steve Kawaler, an Iowa State University Distinguished Professor of Liberal Arts and Sciences, a co-leader of a Kepler star-studying investigation, chair of the editorial advisory board of AAS-IOP Astronomy book program and a contributor to the Kepler book.

“Before Kepler, we’d study interesting stars,” he said. “We’d pick a star and study it for six months or a year and write a paper.

Kawaler was an eyewitness as a Delta II rocket launched Kepler into the night on March 6, 2009, from Cape Canaveral Air Force Station in Florida. As mission control announced at liftoff, Kepler left Earth “on a search for planets in some way like our own.”

The spacecraft was essentially a giant, 95 megapixel digital video camera aimed at the Cygnus-Lyra region of the Milky Way galaxy. Its primary job was to detect tiny dips in the brightness of stars. Those dips could signify a planet moving, or transiting, in front of its host star.

The idea was to find Earth-like planets within habitable zones – not too hot, not too cold – of their stars.

As Howell writes in the first chapter of the Kepler book:

“The Kepler mission extends far beyond scientific discovery. It reaches deep within our souls as humans and brings to mind thoughts of alien life. Are we alone? What is our place in the Universe?”

About four years into its planet-hunting mission, the Kepler spacecraft malfunctioned and lost its ability to stay pointed at one area of the galaxy. But scientists and engineers found a way to keep the spacecraft pointed in one direction for about three months at a time, thus embarking on a new mission called K2.

On Oct. 30, 2018, NASA announced the spacecraft was out of fuel and would be retired and left to safely orbit the sun. Its two missions featured the discovery of 2,600 planets beyond our solar system.

But don’t forget the stars

While it looked for planets, Kepler also collected loads of data on more than 100,000 stars.

As Kawaler wrote in the book’s overview of asteroseismology – the observations and measurements of a star’s oscillations, or starquakes, which appear as changes in brightness – Kepler observed more than 10,000 pulsating stars that periodically change brightness on their own. Among those were about 40 pulsating stars that are his own research favorites. For most of those, Kepler observed them nonstop for at least a year, and in some cases for nearly four years.

That adds up to more than 40 target-years of observations. The Whole Earth Telescope – a pre-Kepler collaboration of ground-based telescopes directed by Kawaler – typically observed two target stars for two weeks each, twice per year. That adds up to eight target-weeks per year.

“Therefore, Kepler’s yield of data on compact pulsators was the equivalent of 260 years of operation of the (Whole Earth Telescope) network,” Kawaler wrote.

That “changes our view,” said Kawaler, who also wrote a section of the book about pulsating hot subdwarf stars. “Now we’re studying an entire population of objects.”

And, really, that new scale of discovery is the story of the Kepler and K2 missions, wrote Howell in his prelude to the book:

Kepler led to, “Exoplanet discoveries by the thousands, alien solar systems to boggle the mind, and planets that even theorists could not dream up. ... Unique observations of stars, solar system objects and far away galaxies round out the paradigm changing scientific discoveries of these two NASA missions.” 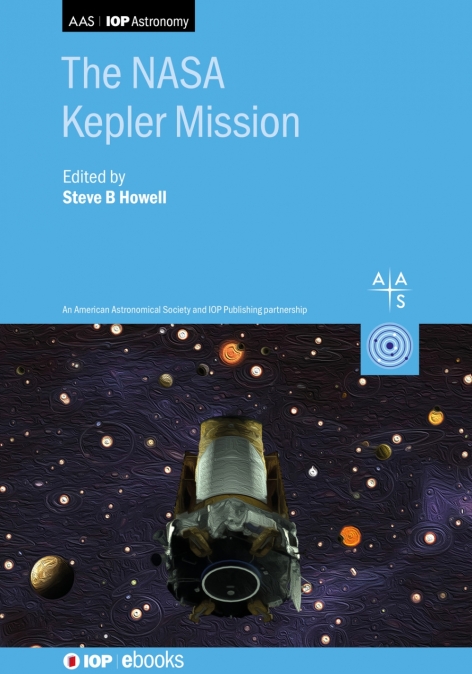 A new book chronicles the scientific discoveries of NASA's Kepler and K2 missions. It also asks some big questions: "Are we alone? What is our place in the Universe?" Iowa State's Steve Kawaler contributed to the book and is chair of the editorial advisory board for the partnership that published the book.

“The NASA Kepler Mission” is available online. If you’re affiliated with a research library, the download could be free.