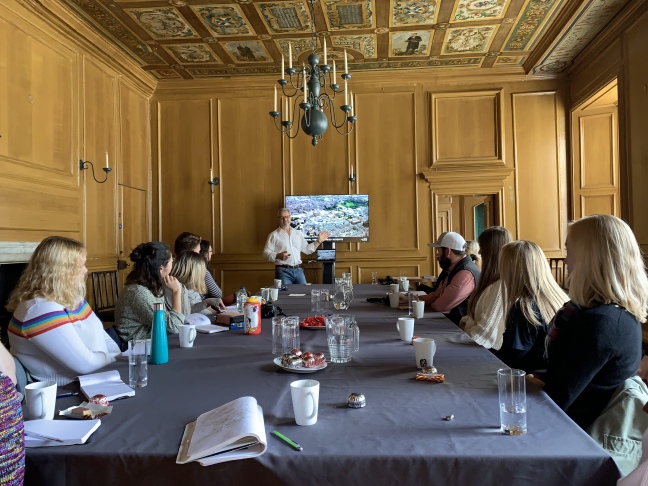 AMES, Iowa — Iowa State University has a one-of-a-kind partnership with the U.S. Department of State, in which ISU students are working on historic preservation projects at U.S. diplomatic properties around the world.

Tobin Tracey, director of the Office of Cultural Heritage for the State Department’s Bureau of Overseas Buildings Operations – and an ISU architecture alumnus – reached out to the ISU College of Design in 2015 because he heard about the planning under way to create a historic preservation certificate program.

“My mother saw an article in the Cedar Rapids Gazette about Iowa State getting ready to start a historic preservation program,” Tracey said.

From there, the ISU-U.S. Department of State Cultural Heritage Documentation Project was formed. For six years, students have been traveling to, studying and documenting U.S. embassies and ambassador’s residences around the world. Students and faculty have been to seven countries so far, with a class traveling abroad nearly every semester – although the COVID-19 pandemic has delayed travel plans since 2020.

There are more than 200 historic U.S. diplomatic properties around the world. However, records about the history of these buildings are few and far between, Tracey said, adding that the partnership between Iowa State and the State Department is a win for all.

The State Department gets much-needed documentation of the historic and culturally important elements of its properties abroad; faculty get to share their expertise with students and expand upon their research; students get to learn the intricacies of historic preservation work with real sites; and the public gets to see inside U.S. embassies and ambassador’s residences that they otherwise wouldn’t be able to see.

“The goal is to get students to think about how the past plays into a city’s present and future and how a building fits into the revitalization of a city,” said Ted Grevstad-Nordbrock, assistant professor of community and regional planning. “You have to reconcile that historical environment with new development. Many cities are trying to reconcile the needs of the past with the goals of the future.”

Preservation is about communities

This summer, Grevstad-Nordbrock and Carlton Basmajian, associate professor of community and regional planning, are planning to take students to Rome as part of a State Department project at the U.S. embassy campus. It includes a 2,000-year-old Roman ruin and a covered passageway called a cryptoporticus, which was discovered while excavating the facility’s parking garage. 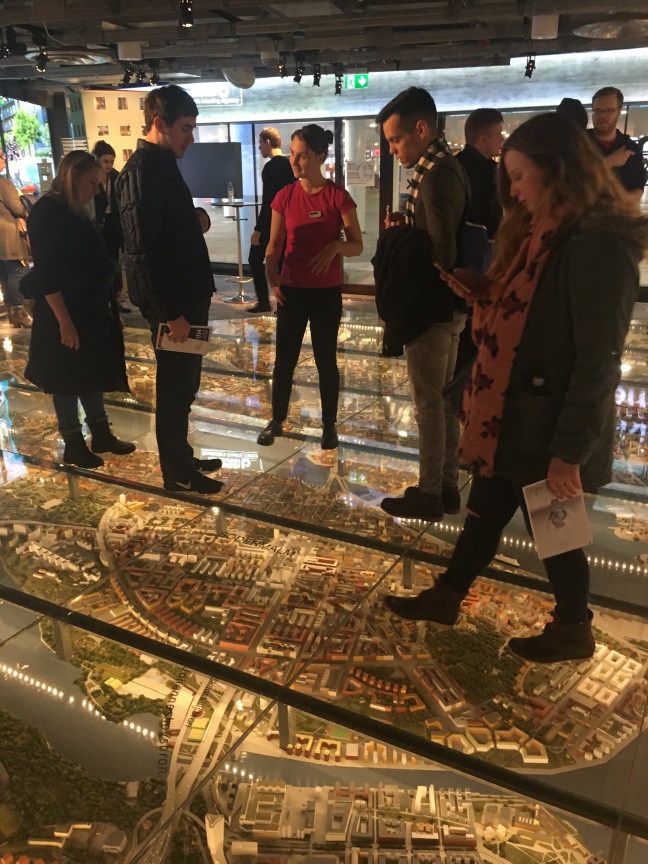 ISU students visited the Kulturhuset, or “The House
of Culture,” in Stockholm during their trip in spring
2018. The students are standing on a raised glass
floor above a model of the city.

Grevstad-Nordbrock looks at historic buildings in a broad context, considering not only the physical building but the host nation’s history, culture, planning issues and relationship with the U.S. He and his students also examine issues like affordable cities, gentrification and tourism’s negative impacts.

“With preservation, people think of adaptive reuse,” he said. “Really, preservation is about communities and broader issues, not buildings in isolation.

“This project is important as an example of cultural diplomacy.”

“This project speaks to the potential of historic preservation. There’s a public perception that it’s about the rich buying up properties and forcing out tenants, or nosy neighbors in old town districts complaining,” said Mickey Belding, doctoral candidate in history from Story City, who went on the fall 2016 London trip. “All too often, historic preservation smacks of self-interest and self-regard. But that’s not what’s happening here.”

In his new position as architectural historian for the Office of Cultural Heritage, Andrew Fackler — an ISU alumnus of community and regional planning, political science and environmental studies from Lake Zurich, Illinois — researches State Department diplomatic properties for their historical significance. He had always been interested in history and geography, but a job with ISU Special Collections and University Archives and discovering the historic preservation program cemented his interest.

Between graduating from Iowa State and starting his current job, Fackler worked with Grevstad-Nordbrock and Tracey on a project detailing the history and cultural significance of the U.S. consulate in Scotland.

“I run with the mantra: If everything is historic, then nothing is historic,” Fackler said. “We can’t save everything, and I don’t think we should try. We have to figure out what is worth saving, and put our energy into that. You might have countless buildings that are old, but old doesn’t mean historic.”

He also takes sustainability and design into consideration, adhering to historic preservation expert Carl Elefante’s phrase: “The greenest building is the one that is already built.” And as time goes on, different architectural styles come under threat.

“I think a lot of students come into class thinking we’re going to be working with esoteric, moldy old history,” Grevstad-Nordbrock said. “I try to disabuse them of that, showing that the historic built environment is very much part of our everyday lives.”

Iowa State is the only university in the United States to have a partnership with the U.S. Department of State to work on historic preservation projects at U.S. diplomatic properties around the world.

Faculty from across Iowa State have led classes as part of the ISU-U.S. Department of State Cultural Heritage Documentation Project. 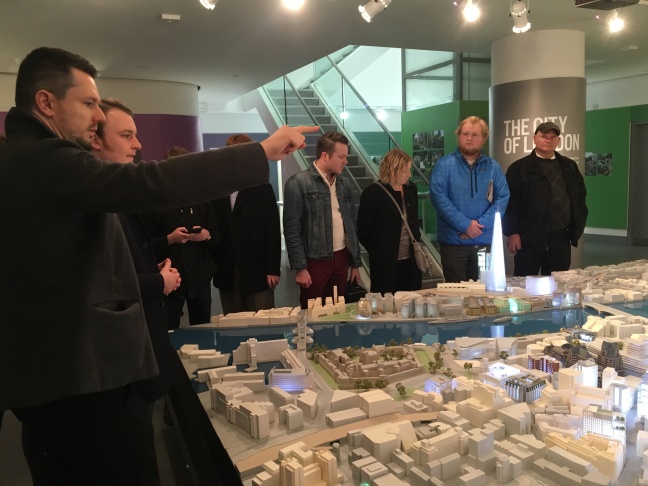 In fall 2016, City of London heritage planners shared with ISU students the physical and functional complexities of managing an urban area with over 2,000 years of accumulated material culture.