AMES, Iowa — Keith Richards’ opening guitar riff to “(I Can’t Get No) Satisfaction” has sent throngs of Rolling Stones crowds into screaming fits since the song debuted nearly 60 years ago. The riff introduced something else: the Maestro fuzz-tone guitar pedal.

Decades later, an Iowa State University designer has expanded his research – creating visuals out of sound – in a new partnership with Gibson Guitar’s pedal brand Maestro.

To launch a new family of Maestro guitar pedals, D/CAL Agency reached out to Alex Braidwood, associate professor of graphic design. Maestro invented the first guitar pedal, which exploded on the rock scene of the 1960s and 70s. A pedal connects the guitar and the amplifier, shaping the sound through distortion, chorus tones, delays, fuzz tones and overdrive.

Maestro went dormant over the past two decades, but relaunched in January with the “Shape Your Sound” campaign.

In discussing the new campaign, D/CAL co-founder Adam J. Wilson remembered one of Braidwood’s recent Instagram posts, in which he was performing a DJ set in front of projected visuals that were being translated live from the sounds he was creating.

“I was beside myself with excitement,” Braidwood said. “I grew up in a classic rock household, so there’s some nostalgia to this. I grew up with Dinosaur Jr. and Nirvana in my CD player.”

Braidwood experimented with the guitar pedals and prototyped different algorithms that would input sound from a pedal and output graphics that reflect the characteristics of each pedal.

“You’ve seen this in reactive screen savers or the equalizer that bounces around with different numbers for different pitches,” he said. “That’s what I’m doing, I’m just connecting that to visual graphics.”

The company is now using the visuals online, across social media and in print ads. Their goal is to turn the experience into a live, in-person event.

Braidwood is a sound artist. He is director of the Iowa Lakeside Laboratory’s artist-in-residence program, in which artists, designers and scientists learn how to use sound equipment, investigate the prairie, wetlands and woodlands of northwest Iowa, and examine the impact of human sound on the natural environment and the benefits of natural sound for people.

This spring, he’s teaching students how to write code based on sound in a class, “Creative Technology: Sight, Sound and Touch,” taught alongside graphic design assistant professors Taekyeom Lee and Maurice Meilleur.

“They’re building up a whole different set of skills related to the development of messaging where they can learn how to incorporate sound into their work in a different way,” Braidwood said.

Throughout the pandemic, Braidwood livestreamed his meditative #NatureSound DJ set every Sunday for months. He used previously recorded sounds from his research and field work, as well as self-improvement hypnosis vinyl records, spoken word poetry and hi-fi test tones. His sets were inspired by the transition of a day from the dawn chorus to the sun rising. That eventually evolved into him developing an algorithm to translate his sets into graphics projected behind him.

“The premise of my livestreams is to really inspire people to just breathe and slow down. If we actively engage in trying to protect the soundscape, we’ll also be saving and preserving a lot of other things along the way.”

Decades after Gibson Guitar's famous pedal brand Maestro went dormant, an Iowa State University designer has expanded his research – creating visuals out of sound – in a partnership with the brand as they launch a new family of guitar pedals.

“You’ve seen this in reactive screen savers or the equalizer that bounces around with different numbers for different pitches. That’s what I’m doing, I’m just connecting that to visual graphics.” 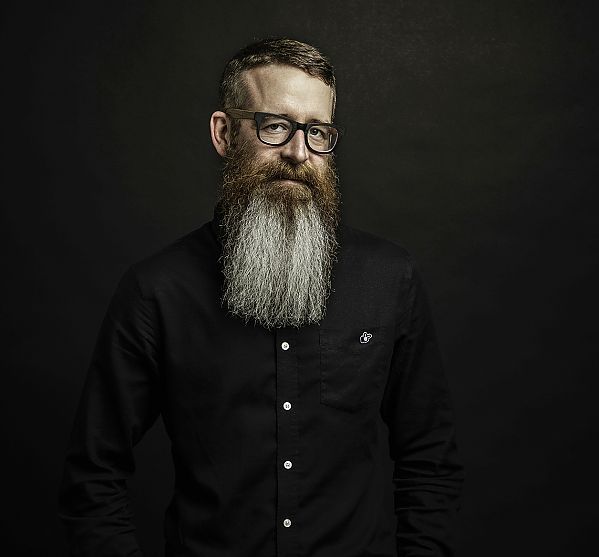