As the grid adds wind power, researchers have to reengineer recovery from blackouts 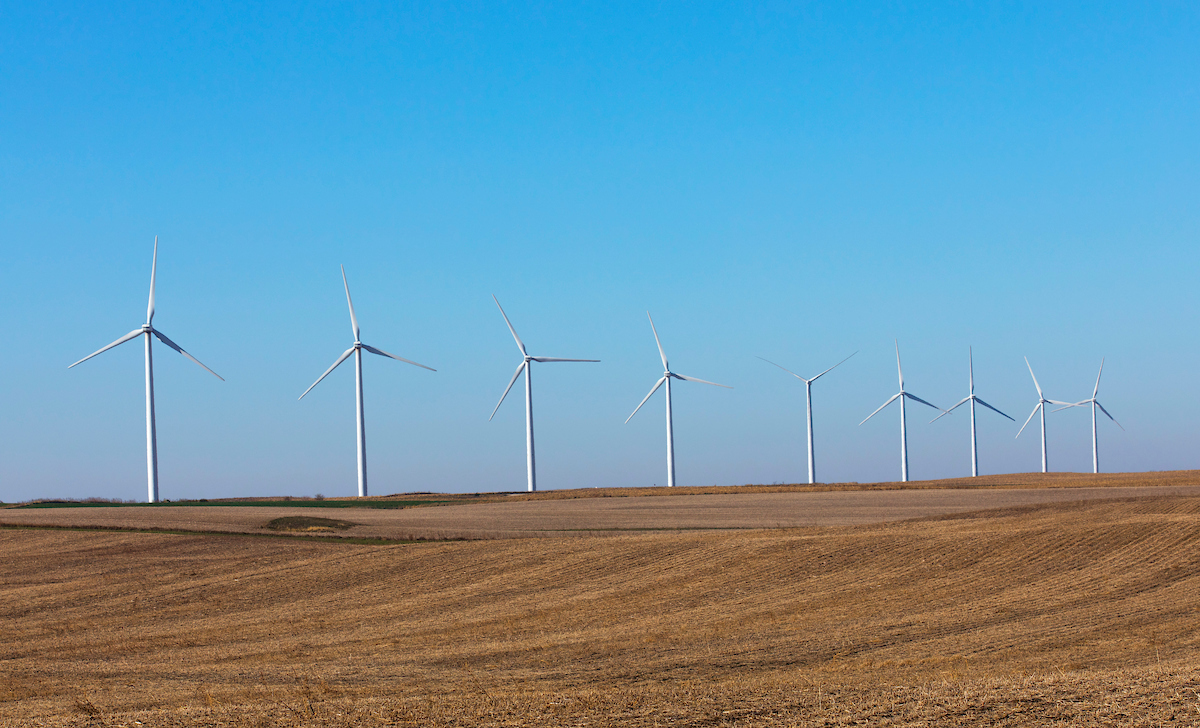 AMES, Iowa – When the power grid goes down, there’s a step-by-step recovery process – a “blackstart” that up to now has depended on power from gas or hydro turbines spinning away inside a power plant.

It was all relatively easy to control. Start up the turbines, use them to spin generators and watch the electrons flow steadily and predictably to reenergize a grid and withstand short circuits and other faults.

But what if we’re talking about a wind power plant? One that stretches across the countryside. One that’s not so steady and predictable. One that depends on the wind blowing. What happens when a wind-dominant grid goes black? How do engineers get a wind farm with hundreds of individual power generators working together to get electricity back to homes and businesses?

That’s one of three major “Grand challenges in the science of wind energy,” according to an October 2019 headline and paper in the journal Science. (Paul Veers of the National Renewable Energy Laboratory in Colorado is the lead author.)

Hugo Villegas Pico, a Harpole-Pentair assistant professor of electrical and computer engineering at Iowa State University, saw that paper and thought he could engineer solutions for grand challenge three, “optimization and control of fleets of wind plants comprising hundreds of individual generators working synergistically within the larger electric grid system.”

In 2020, the U.S. Department of Energy’s Office of Basic Energy Sciences awarded him and his research group a three-year, $729,349 grant to figure out how to orchestrate the restoration of wind-dominant electric grids after a blackout.

In a research paper accepted for publication in IEEE Transactions on Energy Conversion and recently published online, Villegas Pico and Vahan Gevorgian, a chief engineer at the National Renewable Energy Laboratory, describe the development of grid-forming controllers and a stall-prevention subsystem that enables certain wind turbines to blackstart a power grid.

It’s a critical step for building up the resilience of wind farms to blackouts.

“If wind power plants are not able to restore a power system, the incorporation of wind resources into electric grids could be limited by blackstart capability,” the researchers wrote in their paper.

Iowa, with 11,660 megawatts of installed capacity (with 437 more under construction), produces 55% of its electricity from the state’s winds. That makes wind power plants a current reality across the state.

So, what would it take to use them to restart a grid after a blackout?

Villegas Pico says the first challenge for “Type 4” turbines, which feature fully rated electronics converters to transfer all their generating capacity to the grid, was engineering a grid-forming control strategy that allows turbines to operate on the grid independently of any gas or hydro turbines, which is not currently possible.

“The control strategy is a software algorithm,” Villegas Pico said. “It steers the operation of wind turbines so they’re capable of reliably restoring power systems.”

Specifically, the software helps the turbines work together and to withstand asymmetrical grid faults such as those caused by trees that take down and short-circuit part of the transmission and distribution grid.

The second challenge was designing an active protection system that would prevent wind turbines from stalling – stopping – if power demand is higher than available wind during the recovery from a blackout.

By plugging their ideas into a computer model, the researchers have shown via detailed simulations their new control systems can reenergize a wind-dominant power grid, ride through asymmetrical faults and survive low-speed winds.

In a place such as Iowa where there are more and more wind farms, Villegas Pico said using wind power to restore power grids could expedite the process. There are simply a lot of turbines to work with these days.

Villegas Pico said the research team is also applying these advances to other classes of wind turbines and to power systems that use batteries to store energy. The project is also developing artificial intelligence and weather forecasting tools that would help operators orchestrate the restoration of wind-dominant grids.

Villegas Pico said the new advances could be just a few years from being used in wind power plants and benefiting utilities and their customers.

“Our contributions are significant to satisfy restoration, reliability, and interoperability standards,” the researchers wrote. “They are also important to not: jeopardize restoration processes, cause economical losses, and endanger lives, for example, if electricity is critical for heating in cold weather.” 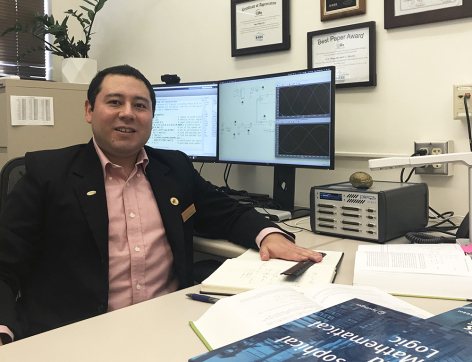 When electric grids go down, there's no way to restore them -- "blackstart" them -- with power from wind turbines. Iowa State's Hugo Villegas Pico is leading a team that's working to develop strategies and controllers that would reenergize power grids dominated by wind power. In Iowa, wind turbines now produce 55% of the state's electricity.

“The control strategy is a software algorithm. It steers the operation of wind turbines so they’re capable of reliably restoring power systems.”