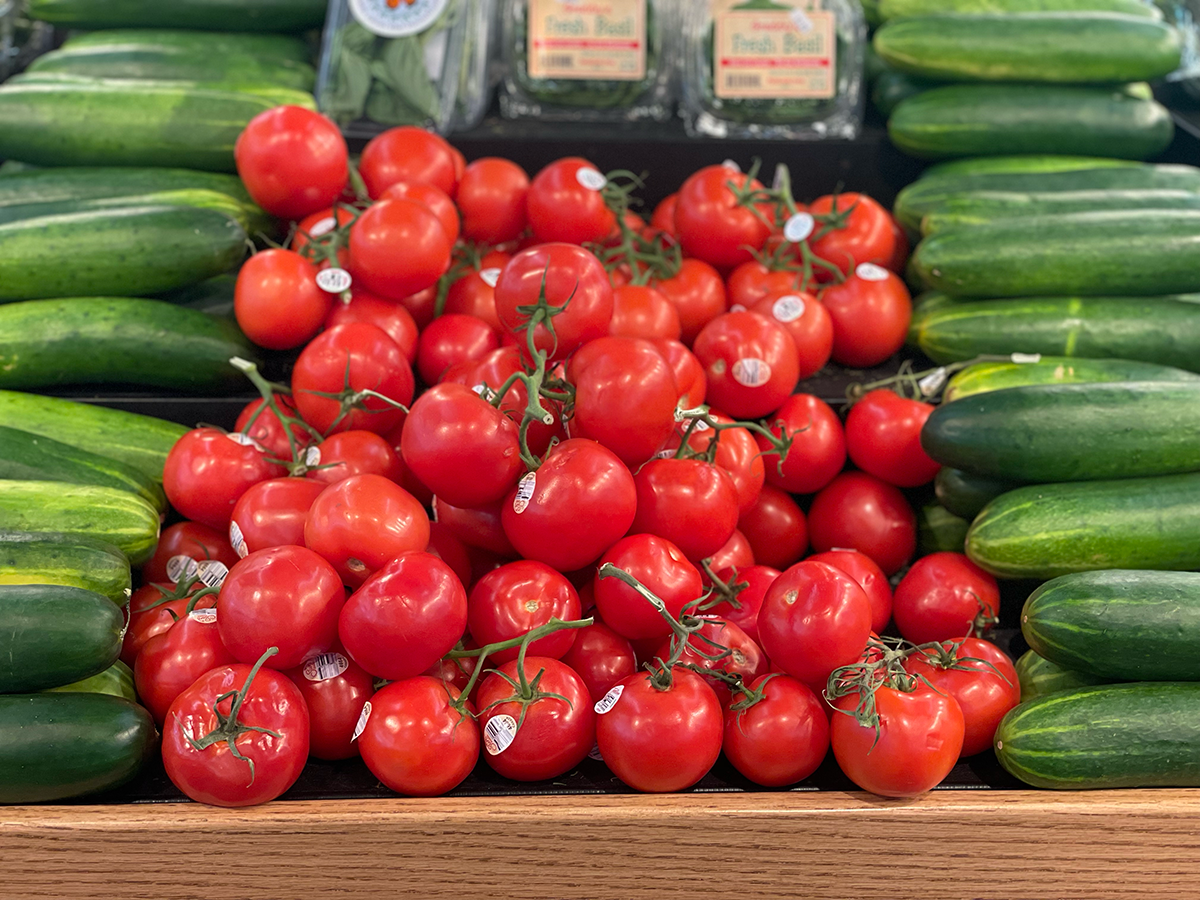 AMES, IA – Through CRISPR and other gene-editing technologies, researchers and developers are poised to bring dozens – if not hundreds – of new products to grocery stores: mushrooms with longer shelf lives, drought-resistant corn and bananas impervious to a fungus threatening the global supply. A few, including a soybean variety that produces a healthier cooking oil, are already being sold commercially in the U.S.

Advocates say gene editing is faster and more precise than traditional crop breeding methods. It can address rapidly evolving challenges to produce food and benefit consumers. Critics argue this new technology could create unintended consequences and that government agencies must address the shortcomings of current regulation. Under current federal law, gene-edited foods do not need to be labeled.

Given the backlash over transgenic engineering for genetically modified organisms (GMOs), there’s a lot of speculation over whether the public will accept gene-edited foods, even though the process to create them is different.

“Right now, there are a lot of people in the middle. They have not fully made up their mind about gene-edited foods, but as they learn more about the technologies and products, they will likely move to one side of the issue. I think it will depend on their consumer experience — what kind of messaging they trust and who sends it, as well as what products they encounter,” said Senior Research Fellow Christopher Cummings.

Cummings co-authored the paper published in Frontiers in Food Science and Technology with David Peters, a professor of sociology and a rural sociologist with ISU Extension and Outreach.

The researchers found a person’s likelihood of eating or avoiding gene-edited foods is primarily driven by their social values and how much they trust government, industry and environmental groups.

“Food industry experts tend to have the mindset that people make decisions about food based on the cost, appearance, taste and nutritional content. But our study shows that when you have a new technology that people are not familiar with, other factors play a much bigger role, especially people’s social and ethical values, and whether they trust government and industry to protect them,” said Peters.

The study reveals people who are more willing to eat raw or processed gene-edited foods generally view science and technology as a primary means to solve society’s problems. They place a high level of trust in government food regulators and the agriculture biotechnology industry and generally do not have strong beliefs about how food should be produced. They also tend to be younger (Generation Z and millennials under 30 years of age) with higher levels of education and household incomes.

By contrast, the people who are more likely to avoid eating raw or processed gene-edited foods are more skeptical of science and technology. They place greater value on the way their food is produced, saying ethics play an important role, and rely more on their own personal beliefs or environmental groups rather than government and industry. People in this group also tend to have lower incomes and be more religious, older and female.

Around 60% of the women in the survey said they would be unwilling to eat and purposely avoid gene-edited foods.

With cisgenic engineering, scientists use tools like CRISPR-Cas, ZFN or TALEN to tweak a specific section of DNA in a plant or animal, or replace it with genetic material from a sexually compatible species. The genetic change is passed on to its offspring, like traditional breeding.

The technology is newer than transgenic engineering; the first gene-edited food to enter the marketplace, a soybean variety for cooking oil free of transfats, was March 2019. Under current federal law, gene-edited foods do not need to be approved by the U.S. Food and Drug Administration and labeling is voluntary.

With transgenic engineering, scientists insert genes from another species or genes that were made synthetically into the genome of a plant or animal.

The technology emerged in the 1990s and slowly came onto the market in the early 2000s. Most of the GMO crops grown in the U.S. are for livestock feed, but some make their way directly into human diets, primarily through cornstarch, corn syrup, corn oil, soybean oil, canola oil and granulated sugar.

GMOs are regulated by the U.S. Food and Drug Administration, U.S. Environmental Protection Agency and U.S. Department of Agriculture, and as of January 2022, GMO foods are required by federal law to include a "Bioengineered” or “Derived from Bioengineering” label.

“Current regulations say gene-edited foods are analogous to traditional selective breeding and therefore, do not fall under the same review process as GMOs. But some consumer groups, trade organizations and environmental groups disagree,” said Cummings.

He added, several European Union countries have already put out strong declarations that they will not accept gene-edited foods.

“As academic professionals and public opinion scholars, we’re well positioned to be third-party arbiters and report the facts for how the public understands -- and comes to make decisions -- about the foods they choose to accept or avoid.”

Peters and Cummings are part of an interdisciplinary team of experts from ISU and the State University of New York College of Environmental Science and Forestry (SUNY-ESF) trying to answer:

“We want to work with government regulators, environmental groups, consumer groups and the food industry to come to some common framework that doesn’t stifle innovation but still gives consumers the right to know how their food is made,” said Peters.

In another study expected to be published this year, Peters and Cummings found 75% of the American public agree there should be a federal labeling law for gene-edited foods, regardless of whether or not they plan on buying or avoiding them.

The researchers hosted a deliberative workshop earlier this year to bring diverse stakeholders together to discuss public engagement and governance issues as well as potential avenues for a voluntary certification process and label for gene-edited food developers.

“The worry is that if more of these gene-edited foods move onto the marketplace and consumers don’t know, there will be a backlash when they find out,” said Peters. “Ag biotech companies who support voluntary labels want other companies to follow suit. The hope is that labels will improve transparency and instill trust among consumers, avoiding any potential backlash or opposition to the technology.”

The research team for the Gene Edited Foods Project is currently working on a set of recommendations for governance tools and strategies to address gaps in public trust related to gene-edited foods.

Funding for the project and the latest study by Peters and Cummings comes from the U.S. Department of Agriculture's National Institute of Food and Agriculture.

Researchers at ISU surveyed a nationally representative sample of 2,000 U.S. residents to gauge public acceptance of gene-edited foods. Social factors like food beliefs and trust in institutions played a big role in the participants' willingness to eat or actively avoid products made with gene-editing technologies.

“Right now, there are a lot of people in the middle. They have not fully made up their mind about gene-edited foods, but as they learn more about the technologies and products, they will likely move to one side of the issue.”

“Our study shows that when you have a new technology that people are not familiar with, other factors play a much bigger role, especially people’s social and ethical values, and whether they trust government and industry to protect them.”

“Who Trusts in Gene-Edited Foods? Analysis of a Representative Survey Study Predicting Willingness to Eat- and Purposeful Avoidance of Gene Edited Foods in the United States.” Frontiers in Food Science and Technology, 01 June 2022.