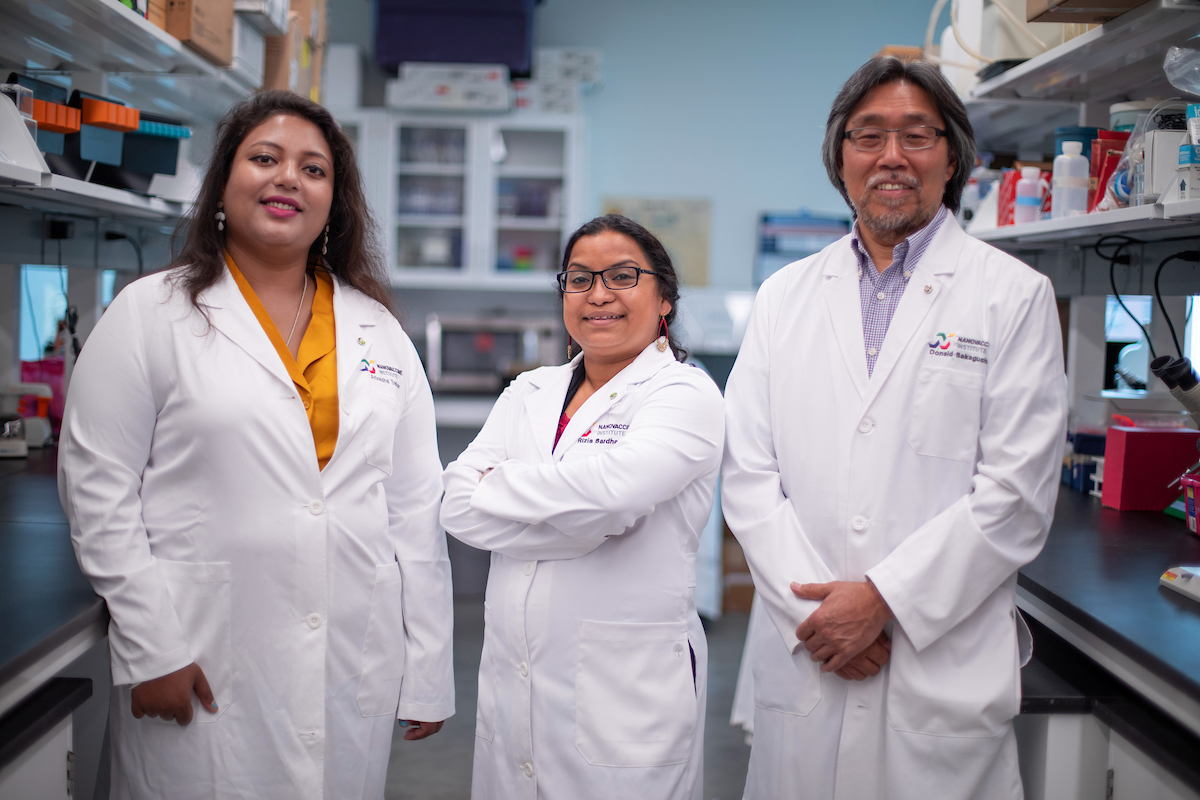 AMES, Iowa – Rizia Bardhan made a fist with one hand then covered it with her other hand, like a baseball player catching a ball in the web of a fielder’s glove.

The fist represents a special nanocarrier filled with medicine, said the Iowa State University associate professor of chemical and biological engineering. The other hand represents a cell working out whether to catch that nanoparticle then take it, drugs and all, across its protective membrane into its interior.

Bardhan said that kind of cellular uptake depends on two things: First, the nanoparticle’s surface properties must be acceptable to the cell. There must be the correct ligands, or binders, that will identify the particle as friendly and lock it onto the receiving cell. Then second, the particle must be the right stiffness – not too soft, not too hard – to be accepted by the cell. 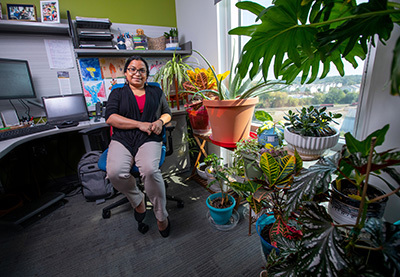 “If it’s too soft, it will get stuck in the cell membrane,” Bardhan said. “If it’s too hard, some immune cells will uptake the nanoparticle and clear it out of the cell.”

So, Bardhan and her collaborators have come up with a new approach to making nanocarriers for drug delivery. Their technology features a soft, fat-like, liposome interior (which is already a clinically approved drug carrier) surrounded by a hard shell of gold nanoparticles.

“We’re bringing soft and hard together, which is why I call them hybrid nanocarriers,” Bardhan said of the particles that will be no more than 100 billionths of a meter in diameter. “This hard and soft provides a broad range of mechanical properties to achieve high cellular uptake.”

The big idea is to use the hybrid nanocarriers to transport medicine for Alzheimer’s disease, epilepsy and other disorders across the body’s blood brain barrier, a major hurdle set up by the body to protect the brain from pathogens.

The National Science Foundation is supporting the project with a three-year, $650,000 grant. Bardhan’s three collaborators are all from Iowa State and affiliated with the Nanovaccine Institute based at Iowa State: Donald Sakaguchi, a Morrill Professor of genetics, development and cell biology; Anwesha Sarkar, an assistant professor of electrical and computer engineering; and Saji Uthaman, a research scientist in chemical and biological engineering.

Bardhan said a major goal of the study will be determining which of the nanocarrier’s mechanical and molecular properties can be manipulated and tuned to efficiently cross the blood brain barrier.

The researchers will further tune the nanocarriers by using low-level infrared lasers, such as those used by dermatologists, to heat the nanocarriers to fever temperatures, which breaks their membranes and releases their medicine payloads to targeted cells.

All of that would advance “drug delivery in difficult to treat disorders of the brain,” the researchers wrote in a project summary. Bardhan said those disorders could include Alzheimer's disease, Parkinson’s disease, ischemic stroke, epilepsy and seizures.

The researchers wrote their hybrid, tuned and targeted approach is creating “unconventional nanocarriers.”

“Most researchers usually work at the extremes,” Bardhan said. “They’re working with nanoparticles that are either very hard or very soft. The region between is unexplored.”

But it’s a promising place for exploration. As the researchers wrote, “Therapeutic nanocarriers have transformed the landscape of multiple diseases by enabling site-specific drug delivery.”

Iowa State and Nanovaccine Institute researchers are working to develop nanocarriers that deliver drugs across the blood brain barrier, a high hurdle created by the body to protect the brain from pathogens. Successful nanocarriers could lead to treatments for brain disorders including Alzheimer's disease, Parkinson’s disease, ischemic stroke, epilepsy and seizures.

“We’re bringing soft and hard together, which is why I call them hybrid nanocarriers. This hard and soft provides a broad range of mechanical properties to achieve high cellular uptake.”