Donald Wilkins, Korean War veteran who died while caring for the sick on a hospital ship, to be honored during 2022 Gold Star Hall Ceremony 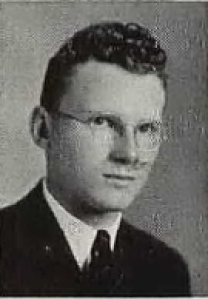 AMES, Iowa – Donald Scott Wilkins, an Ames native who became an anesthesiologist before dying of polio while serving on a hospital ship during the Korean War, is among five veterans to be honored on Nov. 7 during Iowa State University’s annual Gold Star Hall Ceremony.

Wilkins was born in Ames on May 20, 1922, to Eleanor and Franklin Scott Wilkins. He had one sibling, his younger sister Joanne. His father was on the faculty at Iowa State College and was an expert on soybean production and a research professor in forage crops.

Wilkins was a careful and precise person; he won a prize for being the safest driver in his drivers ed class for being the only person to drive the course with a glass milk jug standing up in the back seat. He also was known for his smarts, winning an intelligence contest that earned him an engraved watch and a trip for two to attend the 1939 New York World’s Fair with his mother. Wilkins aspired to be a medical doctor.

His father died in 1936 when he was 14, and his mother worked to support herself and her two children. She earned a college degree in home economics education and was recruited by WOI Radio in 1939 to host a show called the "Homemaker's Half Hour." It was said to have been the earliest women’s radio program in the Midwest. Eleanor became a famous local radio and TV personality on WOI, known by her on-air name, “Martha Duncan.”

Wilkins graduated from Ames High School in 1940 and attended Iowa State College where he earned his pre-med degree in 1946. While at Iowa State, he was a member of the Reserve Officers Training Corps, or ROTC. Due to his strong academics, Wilkins was the first person in the United States to receive a military scholarship to go to medical school. He attended the University of Iowa where he received his degree in anesthesiology in 1947.

While stationed at an Army base near Boston, Wilkins met the woman who would become his wife, Shirley Needham.  They met at a USO dance when she was working at a club in Boston, living with an aunt after her parents died. Interestingly, she was the granddaughter of Louis Pammel, Iowa State’s noted botanist. Shirley was a bright girl, having been valedictorian of her high school class. While Wilkins was a bright guy, his skill as a dancer left something to be desired. At the dance where Don and Shirley met, he stepped on Shirley’s feet many times, which he made up for with his kindness and intelligence. The couple married on June 29, 1946, in Boston.

While earning his degree at the University of Iowa, Wilkins authored several articles on his anesthesiology findings cooperating with the statistical department of Iowa State College. The University of Iowa’s Department of Anesthesiology named their library in his honor. He completed his residency in 1948 at Pennsylvania Hospital in Philadelphia. After finishing his residency, he moved to Battle Creek, Mich., where he worked at the Percy Jones Army Hospital before the onset of the Korean War.

Wilkins left his then-pregnant wife for Korea in early autumn of 1950. He was obligated to go under the terms of his medical scholarship and served as a captain in a Mobile Army Surgical Hospital (MASH) unit as an anesthesiologist. His first job responsibility was putting polio patients in iron lungs on a hospital ship. He contracted polio and became a patient on the very ship where he worked. Wilkins died of polio on Oct. 6, 1950. On the day that his wife and mother were notified of his death, they received a letter from Wilkins in the mail explaining his illness and trying to reassure them that he was receiving the finest treatment available. He was in Korea for only two months and died a year before the polio vaccine was introduced. Wilkins never met the child his wife carried at the time of his death – a son who was named Scott.

Wilkins is interred at the Iowa State University cemetery in a plot near his parents and sister. Each year around Memorial Day, staff at the Memorial Union find a wreath placed in front of Donald’s name in Gold Star Hall. His sister Joanne started the tradition long ago, along with graveside flowers. Wilkins’s niece, Kim Borman, continued after her mother’s passing in 1997 and has faithfully remembered Don year after year. The wreaths inspired Memorial Union staff to honor Wilkins during this year’s Gold Star Hall ceremony. 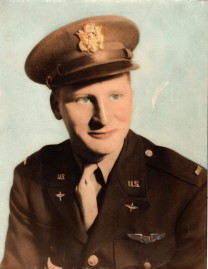 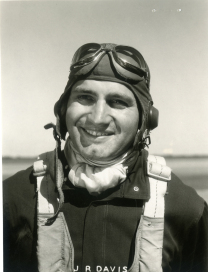 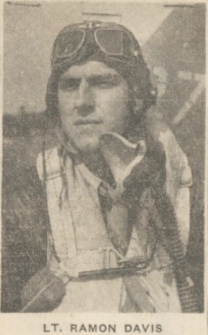 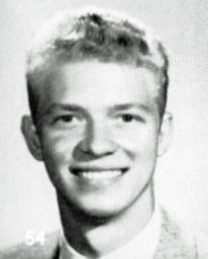