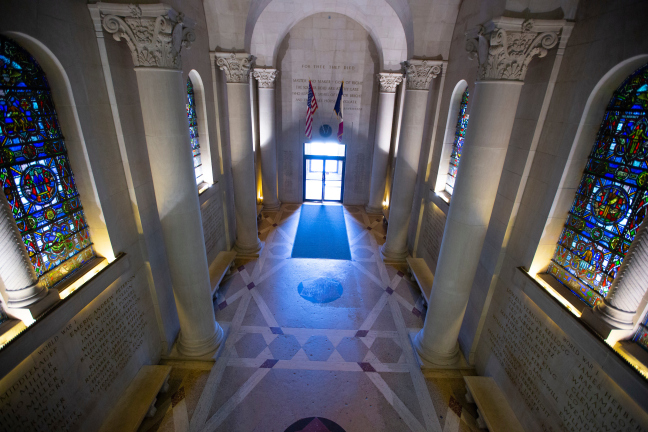 The names of fallen veterans who attended Iowa State line the walls of Gold Star Hall in the Memorial Union. The 2022 Gold Star Hall Ceremony will honor five veterans who made the ultimate sacrifice on Nov. 7. Photo by Christopher Gannon. Larger image.

The annual Gold Star Hall ceremony recognizes former ISU students who lost their lives serving their country in wartime. Former students’ names are engraved on the Gold Star Hall walls if they attended Iowa State full-time for one or more academic terms and died while in military service. This year’s ceremony takes place at 3:15 p.m. on Monday, Nov. 7, in the Memorial Union’s Durham Great Hall. The event, which headlines a slate of campus events connected to Veterans Day, is free and open to the public.

Among those who will be recognized during the ceremony are a pair of brothers from Ames whose family has a long tradition of service, an anesthesiologist who contracted polio while caring for other sick servicemembers, an Algona native who answered the call of duty weeks after the attack on Pearl Harbor, and a decorated Vietnam-era helicopter pilot. All five veterans made the ultimate sacrifice, and their names are listed among the hundreds of fallen heroes engraved into the walls of Gold Star Hall.

Rita Case, director of the ISU Military-Affiliated Student Center who served in the Navy on active duty and in the Navy Reserves, said the Gold Star Hall Ceremony strengthens the connection between the ISU campus community and veterans.

“It’s important to have the ceremony because it makes those names on the wall real people,” Case said. “It helps us to visualize and understand the service and sacrifice those students made.”

The Gold Star Hall Ceremony is one event among many held on campus around Veterans Day to honor those who have served. The Military-Affiliated Student Center will offer grab-and-go crafts to students with a connection to the military on Tuesday and a dinner for military-affiliated students on Wednesday during which veterans who are graduating this year from Iowa State will be recognized.

All those efforts reinforce the center’s mission to help students with military backgrounds successfully transition into Iowa State’s academic setting, Case said. Life in the military feels a world apart from life at a major university, where students have numerous options from which to choose as they chart their academic careers. But Gold Star Hall, along with Iowa State’s other long-held traditions honoring those who served, demonstrates the university’s commitment to academic success for students with military experience.

“Veterans Day can be a complicated day for a lot of veterans because it can remind us of loss we experienced during recent wars, but it’s also a day to remember and celebrate our own service,” Case said. “It’s nice to have others recognizing and thinking about what it means to serve, and it’s great that that remembrance is such a big part of Iowa State and its history.”

Four of the five veterans to be honored in this year’s Gold Star Hall Ceremony were already listed on the walls of Gold Star Hall. The name of one of the service members to be recognized, Ronald Edgar Riede, was added to Gold Star Hall this year after a former classmate and fellow veteran notified Iowa State about Riede’s story.

Family and friends of the honorees will attend the ceremony, which will highlight each veteran’s life story. The ceremony also will feature taped comments from ISU President Wendy Wintersteen, presentation of colors by members of Iowa State ROTC, singing of the national anthem and taps played by ISU students and staff. Light refreshments will be available during a reception in the Oak Room following the ceremony, along with photos and memorabilia connected to the five honorees.

The veterans to be honored this year include:

•    Donald Scott Wilkins, Ames, earned a pre-med degree from Iowa State College in 1946. He became an anesthesiologist before contracting and dying of polio while serving as a captain in a MASH unit during the Korean War.
•    Howard Medin, Algona, graduated from Iowa State in 1940 with a degree in dairy science. He enlisted in the Army Air Corps weeks after the attack on Pearl Harbor and died in December 1942 when his plane crashed near Mills Field in California.
•    James R. Davis, Ames, came from a family devoted to Iowa State and the U.S. armed forces. A WWII Army veteran, he died after enduring the cruelty of a prisoner-of-war ship in the Pacific.
•    Ramon Roderick Davis, Ames, attended Iowa State only a few short months before his commitment to his country led him to become a World War II fighter pilot. Davis, a brother of fellow Gold Star honoree James R. Davis, was a veteran of two wars, serving in both World War II and the Korean War, before he went missing following an emergency landing along a Korean river.
•    Ronald Edgar Riede, St. Louis, Missouri, studied aerospace engineering at Iowa State before entering the Marine Corps to become a decorated helicopter pilot during the Vietnam War. He died in a collision during a medical evacuation mission in April 1968.

Gold Star Hall’s origins date all the way back to 1928, when the names of Iowa Staters who died in World War I were carved into the walls of the newly opened Memorial Union. Today, Gold Star Hall includes the names of the nearly 600 ISU students who died serving in World War I, World War II, Korea, Vietnam, Somalia, USS Liberty, Iraq and Afghanistan. The annual ceremony that spotlights the stories of individual veterans began in 2003. The names and stories of each veteran listed on the wall are available in an online database on the Memorial Union’s Gold Star Hall website.

Five former ISU students will be honored for their military service, and for making the ultimate sacrifice, during the annual Gold Star Hall Ceremony on Nov. 7. Family and friends of the honorees will attend the ceremony, which will highlight each veteran’s life story. 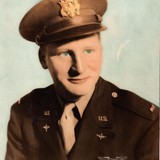 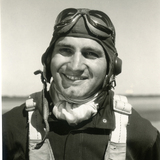 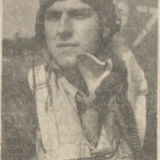 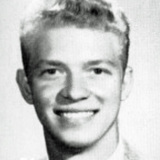