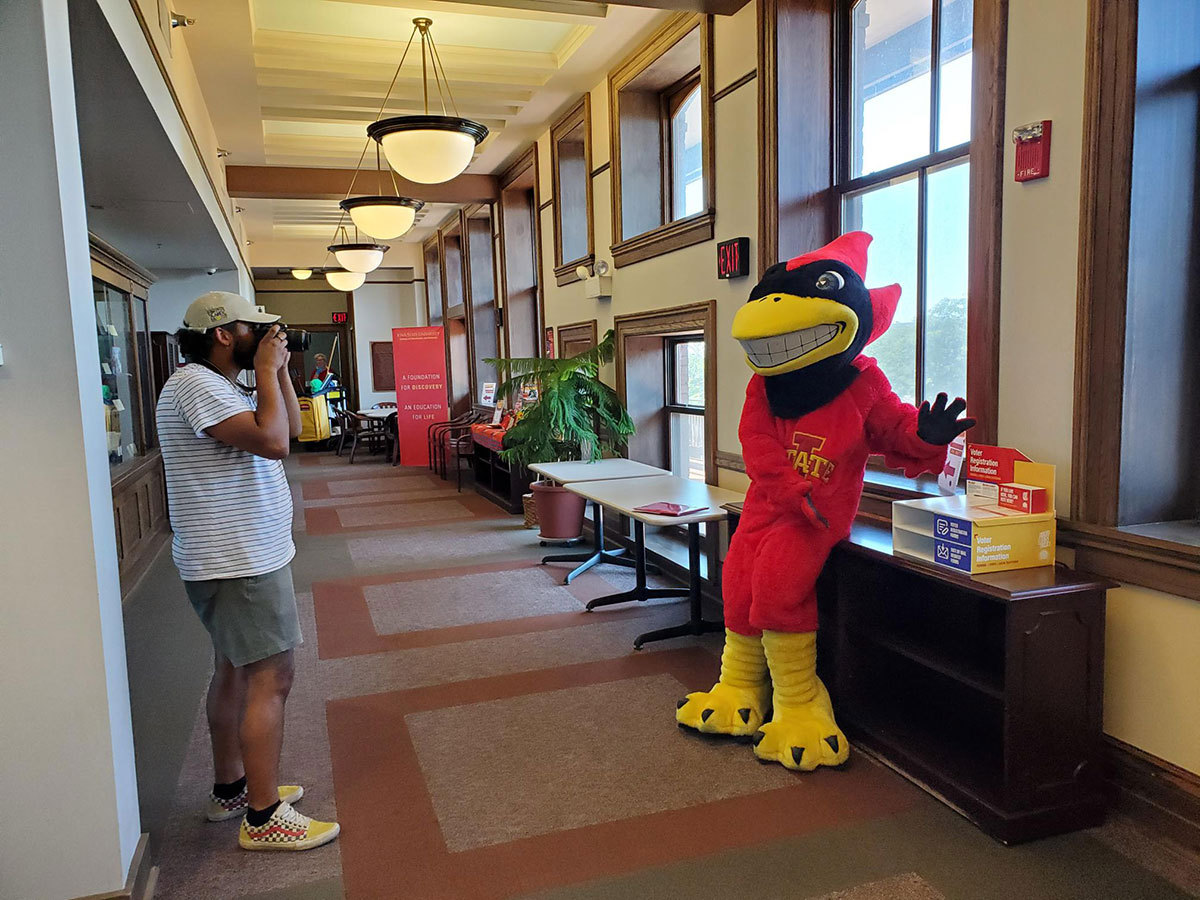 AMES, IA – A year-long innovation “sprint” called Go Vote 2.0 at Iowa State is nearing the finish line. Led by a group of undergraduate students and campus leaders, the initiative’s goal is to boost student engagement and voter turnout for the midterm elections.

“Our students seem really interested in voting, but many don’t know how to do it. Most have either never voted in an election before or have only done it once and in another location. They may not know where their polling station is or what they need to bring to cast a ballot,” said Karen Kedrowski, director of the Carrie Chapman Catt Center for Women and Politics.

They focused on four populations: students who study science, technology, engineering and mathematics (STEM); multicultural students; residential students, including those living on campus and in nearby fraternity and sorority houses; and “Cyclones” – all students not included in other groups.

According to the latest National Study of Learning, Voting and Engagement campus report, 73% of ISU students cast a ballot in the 2020 presidential election. However, students in STEM degrees had below average voter turnout rates.

To boost STEM student participation, Demarquis Heard, a senior in political science, organized three workshops in September and October that focused on voting logistics, civic engagement and the political process. He used social media, as well as physical and digital flyers, and contacted STEM faculty to advertise the events.

“Many of the participants knew the election was approaching but didn't know where to go to register or how voting in college works. For example, a lot of the out-of-state students were not aware that they could use their dorm or off-campus addresses to register to vote in Iowa,” said Heard.

Along with providing clarity, Heard said the workshops helped STEM students draw connections between civic engagement and their specific fields.

“I strongly believe that every citizen should be engaged in our democracy. Being educated on how to get involved in college is a great way to be civically engaged for the rest of your life,” said Heard.

Alyssa Rodriguez, a senior in political science and human development and family studies, focused on increasing voting accessibility on campus. Rodriguez created fliers for people with auditory processing, visual or physical disabilities about voting services and shared them with ISU Student Accessibility Services to distribute.

After the midterms, Rodriguez will focus on gathering data directly from students to identify barriers underrepresented groups may face in voting. She’ll write a report discussing solutions Iowa State can implement for future election cycles.

“Because of my lived experiences and educational background, I am passionate about serving underrepresented communities and ensuring they have the necessary resources to thrive. I think having easy access to voting fits within this because it's so important for these communities to understand the value of their voice, and the positive impact it can have on their community,” said Rodriguez.

Rodriguez said she plans to go to graduate school and focus on program development. Eventually, she wants to work on policy. Rodriguez said being involved with Go Vote 2.0 has helped her learn how to connect with community members, understand their needs and be an effective advocate.

Lauren Rush, a senior in political science, organized volunteers to place voting registration boxes across campus, including in residence halls, Parks Library, Memorial Union and recreation facilities. The boxes provided information and voter registration forms with paid postage that students could fill out and mail at their convenience.

Rush also worked with sororities and fraternities to include voter registration information, deadlines and election dates with dinner announcements for the houses. 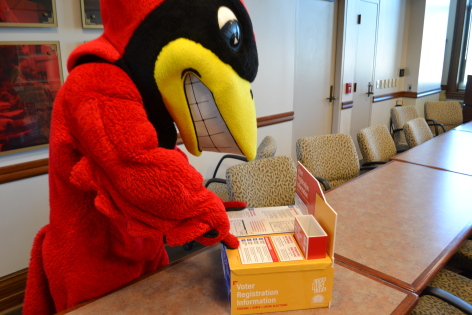 To reach more students, the Cyclones Vote team created nonpartisan, nonideological social media content with Cy. The messages were geared toward specific majors and shared with campus communicators to use.

Kedrowski said having the students involved in Go Vote 2.0 was invaluable.

“Without them, we’d be doing about a tenth of what we could do, but also, they know how to reach their peers and what messaging is going to resonate,” she said.

Kedrowski said ISU will have firm data about student voting rates next September when the National Study of Learning, Voting and Engagement (NSLVE) releases its campus reports.

The latest report shows ISU student voter turnout for the 2020 presidential election was 7% higher than the national average for college and university students. It was also a significant jump from the 2014 and 2018 midterm elections when the ISU student voting rates were 24% and 43%, respectively.

The report found 39% of ISU students voted with absentee ballots in the 2020 election, compared to 36% who cast their ballots in-person on Election Day and 22% who engaged in early voting.

Participation in the last election was above 50% for all races/ethnicities; this data was not included for previous election years. The voting rate was higher for undergraduate students (70%) compared to graduate students (50%) in 2020.

NSLVE is a signature initiative of the Institute for Democracy and Higher Education (IDHE) at Tufts University’s Jonathan M. Tisch College of Civic Life. IDHE is an applied research center focused on college and university student political learning and participation in democracy. Since NSLVE’s launch in 2013, nearly 1,200 colleges and universities have signed up to receive their voting rates for the 2012, 2014, 2016, 2018 and 2020 federal elections.

Copies of the report on student voting rates for Iowa State University in 2014, 2018 and 2020 can be obtained by emailing the Catt Center at cattcntr@iastate.edu.

Iowa State’s student voter engagement efforts have earned national recognitions since 2016. Overall voter turnout was recognized by the ALL IN Campus Democracy challenge with a Bronze Seal in 2016 and Gold Seals in 2018 and 2020. ISU received accolades for having the greatest increase in student voter turnout in the Iowa Voting Challenge in 2018 and for having the best Action Plan in 2020. ISU also received Best Action plan awards for the Big XII Votes challenge in 2020.

Iowa State has also earned Voter Friendly Campus designation for 2021-2022 and was recognized by Washington Monthly for its commitment to student voter engagement.

A group of undergraduate students and campus leaders at ISU led a multifaceted effort over the last year to boost voter registration and turnout for the midterm elections Tuesday. A campus report released in September showed student voting rates at ISU (73%) surpassed the national average for colleges and universities (66%) in 2020.

“Our students seem really interested in voting, but many don’t know how to do it. Most have either never voted in an election before or have only done it once and in another location. They may not know where their polling station is or what they need to bring to cast a ballot.”

Karen Kedrowski, director of the Carrie Chapman Catt Center for Women and Politics

“I strongly believe that every citizen should be engaged in our democracy. Being educated on how to get involved in college is a great way to be civically engaged for the rest of your life.”

The Carrie Chapman Catt Center for Women and Politics at Iowa State University was founded in 1992 to interest, educate and engage citizens in the political process. The center offers leadership development and mentoring opportunities; fosters research on issues related to women and politics; brings prominent women leaders, national and international scholars, and political activists and practitioners to campus; and encourages women and men to pursue careers in politics, public administration and public service.