AMES, Iowa -- Evidence-based community programs by the Partnerships in Prevention Science Institute (PPSI) at Iowa State University Extension have curbed adolescent marijuana use in participating Iowa communities to half that of students elsewhere in the state. That's according to research presented by PPSI Director Richard Spoth during a recent Congressional Educational Briefing on "Preventing Drug Abuse: Putting Science in Practice for Real World Solutions."

Spoth and his colleagues have been studying substance use and other troubling behavior among students in grades 6-12 in more than 100 public schools -- including thousands of Iowa youth and families. They also have provided evidence-based interventions to strengthen youth life skills and prevent substance use. Interventions include the Strengthening Families Program: 10-14, and the school-based Life Skills Training Program. Estherville, Fort Dodge, Hampton, Mount Pleasant, Muscatine, Ottumwa and Winterset are the seven communities participating in the institute's PROSPER Project, or Promoting School-community-university Partnerships to Enhance Resilience.

In addition to decreased marijuana use, students from PROSPER school districts also had a quarter less inhalant use than students in other Iowa schools.

"Iowa State University Extension is pleased to be a partner in the Partnership in Prevention Sciences efforts," said Jack Payne, vice provost for Extension and Outreach at Iowa State. "The partnership represents the best of science with practice; designing, testing and implementing, and evaluating programs for problems facing Iowans and the United States. These evidenced-based programs are making a positive difference for youth, families and communities, and have long range impact on both human and economic potential of our nation."

During his Congressional briefing, Spoth illustrated two earlier studies showing long-term differences in methamphetamine use among adolescents who participated in PPSI intervention programs compared with those who didn't. PROSPER is also showing statistically significant effects on methamphetamine use in young adolescents. The study is tracking whether these results will hold in the later teen years.

Spoth also reported that his research has found economic benefits associated with interventions that delay alcohol use. For every dollar invested in prevention efforts, communities saw a $9.60 return, he said.

"Essentially, the Congressional presentation was designed to demonstrate that this type of partnership-based research is helping us learn how to sustain truly effective community interventions in order to prevent costly substance-related problems," said Spoth.

He also announced plans to build a preventive intervention multi-site partnership network, for which Iowa State could take the lead.

"A large number of states, representing all regions of the country, already have expressed interest in adopting our partnership model," he said. "We are planning a step-by-step expansion of the partnership network through infrastructure development and generating additional resources within other early adopter states."

The PowerPoint presentation for the Congressional Briefing can be viewed through the PPSI website at http://www.ppsi.iastate.edu/briefppt/brief.ppt. 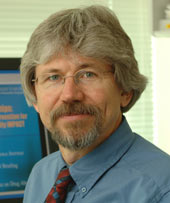 According to a recent Congressional Educational Briefing by Partnerships in Prevention Science Institute Director Richard Spoth, evidence-based community programs by PPSI at Iowa State University Extension have significantly curbed adolescent marijuana and methamphetamine use in participating Iowa communities when compared with students elsewhere in the state.

"Essentially, the Congressional presentation was designed to demonstrate that this type of partnership-based research is helping us learn how to sustain truly effective community interventions in order to prevent costly substance-related problems."