Hoiberg, Andreasen to assume roles in ISU's Office of the Provost

Hoiberg will be responsible for oversight of the promotion and tenure process, faculty conduct and appeals, department chair training, new faculty orientation, and faculty hiring, recruitment and retention, as well as university awards.

Hoiberg joined the Iowa State sociology faculty in 1974 and was instrumental in creating and advising the Public Service and Administration in Agriculture program. In 1995, he became associate dean for academic and state programs in the College of Agriculture, a role he continued until his retirement in 2004. Since fall 2005, Hoiberg has been working part-time in alumni relations for the College of Agriculture.

He is known to many on the Iowa State campus for his teaching and service to students.

"We are very pleased that Dr. Hoiberg has agreed to take on the key role of interim associate provost," said Susan Carlson, interim provost. "He brings years of excellent administrative experience in the College of Agriculture and a reputation as an effective collaborator."

Hoiberg received his bachelor's, master's and doctoral degrees from the University of Nebraska, Lincoln.

Carlson also has named Dr. Claire Andreasen, professor and chair of veterinary pathology, as special assistant to the provost. She has been an administrative intern in the Office of the Provost.

Beginning July 1, Andreasen will be responsible for implementing an enhanced mentoring program for new faculty and a new diversity grants program. She also will work with the Women's Leadership Consortium and the University Committee on Women, and will direct the "Keeping our Faculty of Color Leadership Team."

"Dr. Andreasen has agreed to continue her work in this office by implementing the innovative programs in mentoring and diversity developed under her leadership as an administrative intern," Carlson said. "Her understanding of diversity issues will continue to benefit the entire university."

Andreasen joined the Iowa State faculty in 1996. She previously was on the faculty at Oregon State University. Andreasen served on the executive board of the American Society for Veterinary Clinical Pathology from 1996 to 2001 and was president in 2000. She earned her D.V.M. degree from Texas A&M University in 1982, and a master's (1987) and doctorate (1990) in pathology from the University of Georgia. She is a diplomate of the American College of Veterinary Pathologists.

Andreasen and Hoiberg will continue their roles in the Provost's Office through the end of fall semester 2006 or until an executive vice president and provost has been hired. 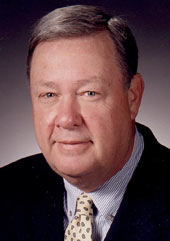 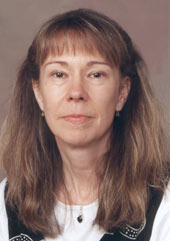