AMES, Iowa--Iowa State University has named Bong Wie as the first endowed Vance D. Coffman Faculty Chair in Aerospace Engineering. Wie will come to Iowa State from Arizona State University, where he's been a professor of aerospace and mechanical engineering since 1992. Wie's contributions in spacecraft guidance and control, including his developmental work on the controller for the International Space Station, have earned him high regard in the aerospace community.

"Professor Wie is an outstanding researcher and teacher who will strengthen and expand our aerospace engineering programs," said Mark J. Kushner, dean of the College of Engineering. "His expertise in such areas as space vehicle dynamics and solar sail control technology, which may apply to space missions to mitigate the threat of near-Earth asteroids, will capture the imaginations of our students and faculty. We are very pleased to have Professor Wie join us as the Vance D. Coffman Faculty Chair in Aerospace Engineering."

The Lockheed Martin Corporation established the chair with a $1.5-million gift to honor Coffman, who served as CEO from 1998 until his retirement in 2004. Coffman earned a bachelor of science degree in aerospace engineering from Iowa State in 1967 and joined Lockheed Missiles and Space Company that same year.

Wie began his career with Ford Aerospace Corporation as a spacecraft control systems engineer after earning his doctorate at Stanford University in 1981. He moved to academia in 1985 as an assistant professor at the University of Texas in Austin. Wie joined the Arizona State University faculty in 1989 and will begin his position at Iowa State in August 2007.

As the Vance D. Coffman Faculty Chair, Wie plans to hold the first international conference focusing on asteroid deflection/mitigation technology at Iowa State in 2009. In addition to his teaching and research activities, he will be director of the Space Systems and Operations Lab (SSOL). Sponsored through NASA's Iowa Space Grant Consortium, the SSOL encourages student and faculty participation in research, development, and implementation of space-related projects.

"Professor Wie is an international leader in his discipline, and his joining our faculty will significantly enhance Iowa State's leadership in critical areas of aerospace engineering," said Geoffroy. "This is also an excellent example of how endowed faculty positions help us recruit world-class leaders by providing the highest level of faculty recognition and support. These positions strengthen the university in many ways, and we are very grateful to Lockheed Martin for establishing this endowed chair in honor of Vance Coffman."

Following the ceremony, Lockheed Martin will host a technology day from 1 to 6 p.m. in the Memorial Union Great Hall. This public event will feature exhibits that highlight Lockheed Martin's career opportunities, products and services. Students are encouraged to stop by with their resumes.

The gift was made through the ISU Foundation, a private, non-profit corporation dedicated to securing and managing gifts and grants that benefit Iowa State University. 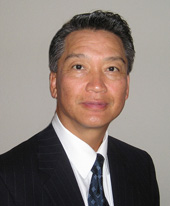 Bong Wie has been named as the first endowed Vance D. Coffman Faculty Chair in Aerospace Engineering at ISU.

"Professor Wie is an outstanding researcher and teacher who will strengthen and expand our aerospace engineering programs."