AMES and IOWA CITY, Iowa -- The University of Iowa and Iowa State University are pooling their resources to significantly enhance both institutions' genetic research capabilities.

The two institutions have each purchased a massively parallel DNA sequencer -- an instrument capable of deciphering DNA sequences at the rate of millions to billions of bases in a single run. The two machines -- each with unique advantages -- will be available on a fee-for-service basis to researchers at both universities and to other institutions and private companies. Together, the two instruments represent the state-of-the-art in DNA sequencing technology.

"The range of capabilities represented by these new instruments could not have been developed by the two institutions working alone," Howell noted. "The cooperative spirit generated through this interaction will help Iowa scientists stay at the forefront of this rapidly evolving field, and help us maintain our leadership in areas ranging from the medical to agricultural sciences."

"These machines can sequence extensive tracts of DNA to look for genetic differences associated with human diseases," said Apicella. "I can see this technology having a significant impact in the clinical realm in the next four to five years.

The new sequencers use an approach called single molecule detection with amplification whereby hundreds of thousands of DNA fragments are sequenced concurrently to generate hundreds of millions to billions of bases of sequence information per sequencing run. At the same time, this highly sensitive technology also permits the detection of rare sequence variants that previously were not detected using traditional capillary-based sequencing approaches.

The UI-based sequencer is a Roche 454, which cost around $500,000. The instrument will be part of the UI DNA facility, which is directed by Kevin Knudtson, Ph.D. Sixty percent of the cost was covered by funding from the Office for the Vice President for Research and the UI Carver College of Medicine, and the remaining 40 percent was raised from CCOM departments and faculty members interested in taking advantage of the research opportunities the instruments provide.

The Roche 454 instrument is a so-called "long-read" machine, capable of sequencing relatively long DNA fragments of 200 to 500 bases. This instrument will be especially useful for sequencing new genomes from scratch.

The Iowa State sequencer is an Illumina Genome Analyzer II with a price tag of more than $535,000. The instrument will be part of the DNA Facility of the Office of Biotechnology, which is managed by Gary Polking, Ph.D. The cost was shared by Iowa State's Plant Sciences Institute, the Office of Biotechnology's DNA Facility, the Office of the Vice President for Research and Economic Development, the Center for Integrated Animal Genomics, the Department of Animal Science, the Department of Agronomy, the Agricultural Experiment Station, the College of Agriculture and Life Sciences, the College of Liberal Arts and Sciences, and the College of Engineering.

The Illumina is a "short-read" instrument that can sequence relatively short DNA fragments of 18 to 36 bases. The instrument is capable of sequencing many more fragments per run, producing in excess of a billion bases of sequence data, compared to the long-read machine, which generates around 100 million base pairs of sequence. The Illumina sequencer is well-suited for genome-wide applications, studies that analyze mutations and sequence variations associated with genetic diseases in humans and beneficial crop traits in plants. It includes ChIP-seq, digital gene expression tag profiling, whole genome and candidate gene re-sequencing, and small RNA identification and profiling.

"It doesn't matter that each institution only has one machine on site because this will function as one single facility," Apicella said. "Researchers from either institution now have access to two machines, which have different capabilities and will be useful for different projects. We really are sharing resources at every level."

Apicella added that additional infrastructure already is in place to take advantage of the sequencing power provided by the machines, including bioinformatics expertise and fiber optic cables between the two institutions to transfer the huge amounts of data generated by the machines.

NOTE TO REPORTERS: For information about researchers and projects that will use the massively parallel DNA sequencers, contact Jennifer Brown (jennifer-l-brown@uiowa.ed) at UI, or Mike Krapfl (mkrapfl@iastate.edu) at ISU.

Iowa State University and the University of Iowa have each purchased a state-of-the-art DNA sequencer that will advance genetic research on both campuses. The two sequencers -- each with different capabilities -- can be used by researchers from either university. The instruments are expected to benefit research in the agricultural and medical sciences. 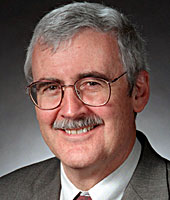 "The range of capabilities represented by these new instruments could not have been developed by the two institutions working alone. The cooperative spirit generated through this interaction will help Iowa scientists stay at the forefront of this rapidly evolving field, and help us maintain our leadership in areas ranging from the medical to agricultural sciences."