AMES, Iowa -- Award-winning humanitarian, advocate and former president of Doctors Without Borders Dr. James Orbinski will speak at 8 p.m. on Tuesday, Nov. 11, in the Memorial Union Sun Room at Iowa State University. "Humanitarian Action in the Twenty-first Century" is free and open to the public.

A medical doctor with extensive field service throughout countries such as Peru, Somalia and Afghanistan, Orbinski offers a firsthand account of genocide and war witnessed through his work as a humanitarian.

Serving as president of Doctors Without Borders from from 1998 to 2001, Orbinski accepted the Nobel Peace Prize in 1999 for the organization's pioneering approach to medical humanitarianism. In representing this organization he spoke before the United Nations Security Council, the World Health Organization, the United Nations High Commission for Relief and the World Bank. Doctors Without Borders was founded in 1971 and is the world's largest independent medical humanitarian organization that delivers aid to people affected by conflict, war, epidemics and natural disasters in more than 70 countries.

He is the founder and current president of Dignitas International, a non-governmental organization program to research and provide community-based care for people living with HIV in developing countries. He is the author of "An Imperfect Offering: Humanitarian Action for the 21st Century," which provides an inside look at a personal narrative about his journey as a humanitarian and its relation to politics.

He currently lives in Canada and is a research scientist and associate professor of medicine and political science at St. Michael's Hospital at the University of Toronto.

The lecture is part of the World Affairs Series: Why Should We Care? It is co-sponsored by ISU Liberal Arts and Sciences Miller Funds, World Affairs and the Committee on Lectures. For more information on lectures at ISU, visit http://www.lectures.iastate.edu or call (515) 294-9935. 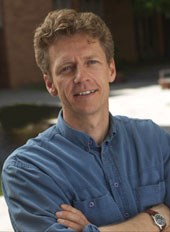 "Humanitarian Action in the Twenty-first Century"