AMES, Iowa -- When it comes to reacting to their wives' demands during problem-solving discussions, husbands apparently don't sweat it.

That's according to a new Iowa State University study of 64 local heterosexual couples that measured husbands' physiological arousal through skin conductivity (the electrical conductivity of the skin, including moisture) during problem-solving discussions with their wives. The study found that husbands exhibited lower arousal during withdraw behavior, and a previous ISU study on the same couples found that women are more likely to express demands while men are more likely to withdraw during problem-solving discussions.

David Vogel, an ISU assistant professor of psychology, was lead author on both studies. Vogel collaborated with Carolyn Cutrona, a professor of psychology and director of ISU's Institute of Social and Behavioral Research; ISU graduate students Kun Liang, Joann Seeman and Ashley Hackler; and Ronald Werner-Wilson, a former ISU professor who is now chair of family studies at the University of Kentucky, on the new study. They produced a paper on the results, which has been published in a recent issue of the professional journal, Sex Roles.

The researchers went into the study believing that the husbands' withdraw behavior was a product of the escape-conditioning model, which suggests that husbands experience greater physiological arousal during marital conflict than their wives -- leading to withdrawal from the conflict in order to diminish their heightened state. But that's not what they found.

In the study, each spouse was asked to identify a problem in their relationship -- an issue in which he or she desired the most change and which could not be resolved without the spouse's cooperation. Couples were brought together and asked to discuss each of the problem topics for 10 minutes apiece. The researchers reviewed and coded videotapes of that interaction and calculated demand and withdraw behaviors. They used computer monitoring equipment to measure skin conductance of each participant during the discussion.

"We basically found that the more engaged you are, the more aroused you are," Vogel said. "When it came to the husbands, we found little arousal in the problem-solving discussions, although both people exhibited some arousal and demand behavior during the discussion. It's not like the men were overwhelmingly withdrawn when compared with their wives."

Vogel points out that their sample only included relatively happily-married couples and not any distressed couples. That may make the study less applicable across all couples.

"It's possible that stressed couples may have more conflict over time, and therefore they might experience more arousal, in general," he said.

He also says that arousal may be influenced by the couple's previous history of discussing the chosen problems. Previous research has found that demand and withdraw behaviors enacted across arguments can lead to aversive reactions, including intrusive thoughts and feelings, stress and disruption of activities.

Vogel reports that ISU researchers are continuing to study ways to measure the reasons leading to the behavior couples engage in during conflict.

"One of our goals is to figure out why women are more likely to make demands in relatively normal relationships, and why are men slightly more likely to withdraw," Vogel said. "This study doesn't really say why that is, but it sort of rules out one possibility."

The complete study is available at: http://www.springerlink.com/content/u5885464725tv623/fulltext.pdf. 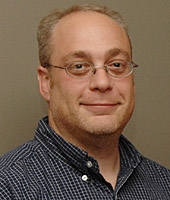 "We basically found that the more engaged you are, the more aroused you are. When it came to the husbands, we found little arousal in the problem-solving discussions, although both people exhibited some arousal and demand behavior during the discussion. It's not like the men were overwhelmingly withdrawn when compared with their wives."