AMES, Iowa -- Parents have been saying for years that their kids are "addicted" to video games, but a new study by an Iowa State University psychology professor is the first to actually report that pathological patterns of video game addiction exist in a national sample of youth, aged 8 to 18.

In a national Harris Poll survey of 1,178 American youths (ages 8-18), ISU Assistant Professor of Psychology Douglas Gentile found nearly one in 10 of the gamers (8.5 percent) to be pathological players according to standards established for pathological gambling -- causing family, social, school or psychological damage because of their video game playing habits.

"Although the general public uses the word 'addiction,' clinicians often report it as pathological use," said Gentile, who is also director of research for the Minneapolis-based National Institute on Media and the Family. "This is the first study to tell us the national prevalence of pathological play among youth gamers, and it is almost 1 in 10."

"What we mean by pathological use is that something someone is doing -- in this case, playing video games -- is damaging to their functioning," Gentile said. "It's not simply doing it a lot. It has to harm functioning in multiple ways."

Gentile analyzed data collected in a January 2007 Harris Poll survey. He compared respondents' video game play habits to the symptoms established in The Diagnostic and Statistical Manual of Mental Disorders for pathological gambling. Gamers were classified as "pathological" if they exhibited at least six of 11 symptoms.

The pathological gamers in the study played video games 24 hours per week, about twice as much as non-pathological gamers. They also were more likely to have video game systems in their bedrooms, reported having more trouble paying attention in school, received poorer grades in school, had more health problems, were more likely to feel "addicted," and even stole to support their habit.

Gentile was surprised to find that so many youth exhibit pathological patterns of video game play.

"I started studying video game addition in 1999 largely because I didn't believe in it," said Gentile, who is co-author of the book "Violent Video Game Effects on Children and Adolescents: Theory, Research, and Public Policy" (2007, Oxford University Press). "I assumed that parents called it 'addiction' because they didn't understand why their children spent so much time playing. So I measured the way you measure pathological gambling and the way it harms functioning, and was surprised to find that a substantial number of gamers do rise to that level (of pathological addiction)."

But now that this study provides more scientific evidence that the condition exists, the ISU psychologist emphasizes the need for further research to determine how best to treat it.

"There is still much we do not know," Gentile said. "We don't know who's most at risk, or whether this is part of a pattern of disorders. That's important because many disorders are co-morbid with others. It may be a symptom of depression, for example. And so we would want to understand that pattern of co-morbidity because that would help us know how to treat it."

Gentile is continuing his own research, currently conducting both longitudinal and clinical studies to determine risk factors and symptoms found in pathological youth gamers. 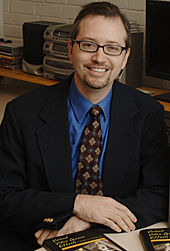 "Although the general public uses the word 'addiction,' clinicians often report it as pathological use. This is the first study to tell us the national prevalence of pathological play among youth gamers, and it is almost 1 in 10."