AMES, Iowa -- As a new mother herself, Brenda Lohman admits to being shocked by the results of a new study she co-authored. It found that among nearly 1,000 low-income families in three major cities, one in four children between the ages of 11 and 16 reported having sex, with their first sexual intercourse experience occurring at the average age of 12.77.

"So if 12 years was the average age here, that meant that some kids were starting at 10 or younger," said Lohman, an Iowa State University associate professor of human development and family studies (HDFS). "A handful of kids reported having sex as early as 8 or 9. We know from our follow-up interviews that one boy who reported having sexual intercourse for the first time at age nine had fathered four children by the time he was 18."

"Those people who say that kids don't have sex at that young of age should think again," she said. "Definitely the age is the most shocking thing about this study."

Tina Jordahl, a former Iowa State HDFS and public policy graduate student who is now a market research specialist with Hospice of Central Iowa, collaborated with Lohman on the study. It analyzes data from the "Welfare, Children and Families: A Three-City Study" -- a six-year longitudinal investigation of low-income families living in Boston, Chicago and San Antonio. Their paper, titled "A biological analysis of risk and protective factors associated with early sexual intercourse of young adolescents," was posted online in the Children and Youth Services Review and will be published in an upcoming issue of the journal.

Interview data for the study was first collected in 1999 on youth between the ages of 10 and 14, and again in 2001. Lohman says she also has data collected in 2006 from the same subjects, who were between 16 and 20 by that time.

In the study, boys reported their first sexual intercourse at younger ages (averaging 12.48) than girls (13.16). Boys also had nearly 10 percent higher frequency of intercourse than girls and were also more likely to experience sexual debut (20 percent to 14 percent) between the two years when the first two waves of data were collected.

Recent national research has found that 13 percent of girls and 15 percent of boys have had sex by the time they're 16. Lohman says that means the rate of sex among her low-income sample is only slightly higher among the girls, but almost double among the boys

"The ages [of sexual debut] are a bit younger than the national samples, but not alarmingly so," she said.

African Americans also had 12 percent more early sexual intercourse than whites (29 to 17 percent respectively), although racial differences did not change the age of their first intercourse.

The authors report that periods of instability in family structure and welfare use serve as risk factors for early sexual activity. They found that additional maternal education -- beyond a high school level -- was found to inhibit some of that activity.

"That can be for multiple reasons," Lohman said. "It can be that mothers have better paying jobs and more stable home environment and they're less likely to be in stressful circumstances. It could also be that mothers then have greater cognitive capacities to sort of sit down and discuss the pros and cons of waiting to have sex until you're older."

For that reason, the researchers propose allotting public funding to increase maternal education as a way to reduce early sexual promiscuity among their children.

Because of the gender differences in sexual debut, the authors also urge more gender-specific prevention programs that are implemented at earlier ages, especially among high risk populations.

"It may be that boys and girls, starting at younger ages, should have these programs that are designed separately by gender before they're moved back together over time," Lohman said. "And yes, they must start much, much younger than they do now. You have to start before those young kids -- 10 or even younger -- start becoming sexually active."

She says the current political climate in Washington may be right for those types of programs to be developed.

"The Bush administration concentrated on abstinence education programs for all families across the spectrum of income, and Obama is definitely focusing on sexual education and prevention programs," said Lohman. "He's put a lot more money back into those programs that were stripped away during the Bush administration. And given his focus in other areas, he is concentrating on high-risk, low-income disadvantaged families as well."

Lohman is currently working on research to determine the relationship between obesity and teen sexuality. She hopes to publish results from that study within the year. 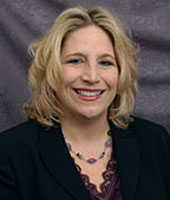 A new Iowa State study of nearly 1,000 low-income families in three major cities found that one in four children between the ages of 11 and 16 reported having sex, with their first sexual intercourse experience occurring at the average age of 12.77. The study was co-authored by Brenda Lohman, an associate professor of human development and family studies; and Tina Jordahl, a former ISU graduate student.

"So if 12 years was the average age here, that meant that some kids were starting at 10 or younger. A handful of kids reported having sex as early as 8 or 9. We know from our follow-up interviews that one boy who reported having sexual intercourse for the first time at age nine had fathered four children by the time he was 18."