AMES, Iowa -- At 79, Shirley Smith isn't the oldest person to graduate from Iowa State University (three have been older), but she's probably the most enthusiastic. After all, she has waited 60 years to cross the stage, claim her diploma and shout, "Yippee!"

When Smith finished her sophomore year in 1949, Harry Truman was president, Stalin ruled the Soviet Union and Duke Ellington played the Memorial Union. The bobby-soxer coed dropped out of Iowa State that year to marry chemical engineering student Vic Smith.

The newlyweds lived in Pammel Court married student housing until Vic earned his degree in 1950. With a new baby girl (the first of seven daughters), they headed west to Washington "where the jobs were at the time."

Smith worked as a realtor for 34 years and raised her family ("having five teen-age girls at the same time was not a good thing!"). She became a grandmother, then a great-grandmother. A few years ago, she retired from real estate. Through all the years and momentous life events that come with being a wife and mother, Smith never lost her desire to finish what she'd started at Iowa State.

"From the time I left school, I always wanted to come back. I wanted the degree," Smith said.

On one of their annual trips back to Iowa to visit family (Shirley is from Marathon; Vic from Maloy), Smith talked to academic advisor Bruce Allen in the College of Liberal Arts and Sciences. She learned that 89 of her credits from the 1940s would count toward a degree, allowing her to return to Iowa State as a junior.

In August 2008, Smith told family and friends she and Vic were closing up their home in Oregon to move into married student housing at Iowa State so she could finish her degree. They were stunned.

A kid in a candy store

When Smith faces a week in which five papers are due, however, she has her doubts.

It took about six weeks to "really figure out how to study," she said. In her first test, she got a D+ and was "devastated." Her grades improved when she figured out she needed to take better notes in class.

Smith admits it probably takes her longer to write a paper or study for a test than it does her classmates. And she doesn't "do well after 11 p.m."

With the exception of a required pre-calculus class ("the worst thing I've ever done in my life"), Smith has thoroughly enjoyed her studies.

"I've been able to pick and choose any class I've wanted to take," Smith said, with the reverence of a child in a candy store. "It's been fabulous!"

She reels off the classes with delight: "Sociology … two psychology courses (that was enough psychology) … then a housing class … business communications … Civil War (because I love learning about the Civil War) … sex and gender … another housing class … human sexuality … aging … antebellum history (it was a bit harder because of the Blue Book tests -- I hadn't taken one for 60 years)… 1800s history … the Holocaust (that was a fabulous course) … family communication … and death as part of living."

One paper assigned in Smith's human sexuality class was on sex on campus. Smith wrote about what it was like 62 years ago.

"I lived in a dorm, everybody did. We were locked in by 10 p.m. Sunday through Thursday. On Friday and Saturday, it was midnight," Smith said. "The house mother blinked the lights at five minutes 'til and, believe me, if you were on the outside when the doors locked, you were in trouble!

"Dates with Vic were studying at the library. The guys were on the G.I. Bill and no one had cars or money. Even going to a movie was a real treat," she recalled.

"This is not to say that there wasn't sex on campus, I'm sure. It just wasn't as blatant as now," Smith said. Her paper was a big hit.

Smith doesn't like being singled out in class to comment on things that happened before her classmates were born, or given special treatment on a standing-room-only bus just because she has gray hair. But she does appreciate all the friends she's made across campus. Many acquaintances are astounded to learn that she's not faculty or staff, but a student herself. ("It's always a conversation starter!")

"I LOVE the kids! I've really bonded with some. I want to stay in touch and find out what happens to them," she said.

Smith has befriended some classmates on her Facebook page (which she uses to keep up with her family). But she isn't a tweeter or a texter. In fact, she's dismayed by how much time students spend communicating via technology.

"One student told me he'd come to college to interact with new people. But he's not meeting anyone, because when students aren't in class, they're on their phones or plugged in. I just think they're missing so much of college life," she said.

Smith is finishing final papers, studying for exams and preparing to return to Oregon where her friends will host a party in her honor. She picked up her cap and gown the first day they were available. And she plans to attend all of the commencement activities.

"Believe me, I'm not going to miss a thing!" she chuckled.

"Everyone says that they can't imagine doing this, they couldn't do it. But I've always been a reader and loved learning new things. I've never stopped learning," Smith said. "And this has been as interesting and as much fun as I thought it would be. I wouldn't trade it for anything"

And during her first week at home, Smith says she'll just sit and look at her diploma.

"I'm proud of myself. I've finally finished something I started 62 years ago."

Shirley Burns Smith dropped out of Iowa State to marry engineering student Vic Smith in 1949. She returned to school in 2008. And, at age 79, she finished what she started, earning her degree in liberal studies accompanied by a well-deserved sense of pride and accomplishment. 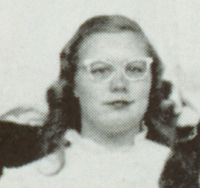