AMES, Iowa -- Four candidates will interview at Iowa State University next month in the hopes of becoming ISU's next College of Engineering dean. The finalists are:

Finalists will visit campus during the first two weeks of March. Each candidate will speak and answer questions at an open forum from 3:45 to 5 p.m. in the Alliant Energy -- Lee Liu Auditorium, Howe Hall. A reception will follow in the lower level atrium. Forum dates are:

In addition, candidates will meet informally with faculty, staff and students on the second day of their campus visits. The locations and times for the informal sessions are posted online, along with the candidates' interview schedules and full vitae, at: http://www.provost.iastate.edu/searches/engineer/. 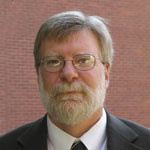 Bergman has been a professor of mechanical engineering at the University of Connecticut since 1996. He has been on leave from the university since 2008, serving as program director of the National Science Foundation's Thermal Transport Processes Program. Bergman also has held several administrative roles at UConn as associate dean for research and outreach in the School of Engineering (2004-2006), interim department head of materials science and engineering (2005-2006), and department head of mechanical engineering (1998-2004). Bergman also has held named professorships at both the University of Connecticut and at The University of Texas at Austin, where he was promoted to full professor in 1996. Bergman worked in industry as a design engineer with Black & Veatch Engineers, Kansas City, from 1978 to 1980. He has received numerous honors, including a "Presidential Young Investigator" award from the National Science Foundation and a Melville Medal from the American Society of Mechanical Engineers. Bergman was named an ASME Fellow in 1995 and has served as associate technical editor of the ASME Journal of Heat Transfer. 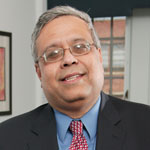 Puri has served in his current role as professor and department head of engineering science and mechanics at Virginia Tech since 2004. He also is a professor in the Virginia Tech -- Wake Forest University School of Biomedical Engineering & Sciences. Previously, Puri was an assistant professor, associate professor and professor in the Department of Mechanical Engineering at the University of Illinois at Chicago from 1990 to 2004. While there, Puri served in various administrative capacities, including director of graduate studies in mechanical and industrial engineering; associate dean for research and graduate studies in the College of Engineering; director of the Center for International Engineering Education and Research; and executive associate dean of engineering. Puri is a Fellow of the American Society of Mechanical Engineers and the American Association for the Advancement of Science. He is an editor of the journal Experimental Heat Transfer and an associate editor of the International Journal of Reacting Systems. 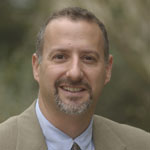 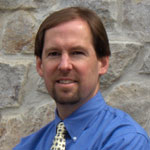 Jonathan Wickert joined Iowa State as mechanical engineering chair and the Larry and Pam Pithan Professor of Mechanical Engineering in 2007. From 1990 to 2007, he was a member of the mechanical engineering faculty at Carnegie Mellon University, Pittsburgh, where he was promoted to full professor in 1999. Wickert also has served as a visiting research fellow at the University of Cambridge, England; and as a visiting professor at Helsinki University of Technology, Finland. He has served as an associate editor of the Journal of Vibration and Acoustics and the Journal of Information Storage Systems. He is a Fellow and a member of the Department Chair Executive Committee of the American Society of Mechanical Engineers, and was a founding member of (and served in various leadership positions on) the executive committee for ASME's Information Storage and Processing Systems Division.

Wickert received bachelor's (1985), master's (1987) and doctoral (1989) degrees in mechanical engineering, all from the University of California, Berkeley.