Iowa State University researcher looks at the future of agriculture

AMES, Iowa - Dramatic price fluctuations, increasing demand, the food vs. fuel debate, and other events of the past year may have food producers wondering which way is up.

Despite these recent uncertainties, 'up' is precisely the direction an Iowa State researcher believes agriculture is headed for at least the next 10 years.

Wally Huffman, professor in agricultural economics and Charles F. Curtiss Distinguished Professor in Agriculture and Life Sciences, predicts supply will go up, demand will go up, and real prices of grain and oilseeds also will go up.

"I'm very optimistic about the next 10 years," said Huffman.

Huffman presented his research to the Organization for Economic Co-operation and Development in Paris, France, last month. OECD and the Iowa Agricultural Experiment Station supported the research.

An important part of Huffman's study was the long-term trend of corn and soybean yields in Iowa, wheat in Kansas and France, rice in Japan and potatoes in the Netherlands. Huffman examined the trends and then made projections about the next decade.

The optimism starts with the producers.

"Prices right now for corn and soybeans are up about 50 percent relative to two years ago, so those are relatively good prices," he said. "That's good news for grain producers."

The impact that the rising demand for biofuels will have on the market for agricultural products is not entirely clear, but grain and oilseed prices will generally be higher than they would be without biofuels.

"Overall, biofuels are probably a good thing for farmers," he said. "However, there will be more erratic variation in grain and oilseed prices than there would be without biofuels," he said.

The main reasons are the erratic components to both supply and demand of crude oil.

"Supply is going up, and demand is going up," he said. "I think they will grow at a similar pace. There will be occasional spikes due to bad weather and abrupt restriction in crude oil production, but prices will come down. When they do, they will come down to similar levels to what they are now in real terms, and those are pretty good prices.

"For the past 100 years, on average, real agricultural product prices have been falling as technology has been allowing supply to increase faster than demand," he said.

But for the past decade, demand has been rising as quickly as supply, he added.

Yields for major field crops in major producing areas have been steadily increasing. There is no indication that the rate is slowing and no reason to fear falling crop yields. Huffman predicts that the rate of increase in yields for corn and soybeans in major production areas will rise much faster than it has in the past 50 years.

Huffman thinks the future will be even better.

"From 2010 to 2019, corn yields are going to increase quite substantially, maybe at four to six bushels, per acre, per year," he said.

Much of the increase will be due to genetic improvements in hybrid corn varieties associated with new, multiple stacking of genes for insect protection and herbicide tolerance that will permit a major increase in plant populations.

These improvements are the result of corn that has been genetically modified (GM) to have certain desirable traits.

Also, better equipment, improved farm management, and reduced- and no-till farming will contribute to rising corn yields in the Midwest.

Other commodities have also improved yield and will likely see continuing increases, according to Huffman.

The trend over the past 50 years is an increase of about .5 bushel, per acre, per year (bu/ac/yr). That rate of improvement in Iowa soybean yields will continue or possibly increase over the next decade. Current soybean yields are about 50 bu/ac/yr.

Kansas is the leading producer of wheat in the United States with yields of about 45 bu/ac/yr. Yields have been improving at about .5 bu/ac/yr since about 1950.

Farmers in France are producing wheat at about 113 bu/ac/yr. Yields are improving at more than 1.5 bu/ac/yr.

France is the leading wheat producer in the European Union, and Huffman attributes much of their production advantage to the French emphasis on wheat advantage. They are also showing faster production improvement. France often puts their best land into wheat production. Huffman predicts wheat yields may increase faster if GM wheat is more successful.

Japan is a major rice producer. Yields are improving at a rate of .5 bu/ac/yr, and are now at 113 bu/ac/yr compared to around 90 bu/ac/yr in 1960. GM rice has been tried, but has not measurably increased yields, according to Huffman.

Netherlands is the most advanced country in the world when it comes to potato production technology. Yields in the Netherlands have been increasing by about 4.6 bu/ac/yr over the last 50 years and are now at 670 bu/ac/yr.

"Potatoes are a major world food crop and they don't get a lot of attention," said Huffman. "They are consumed in large amounts in Europe and other places, including the United States, and yields are phenomenal."

Several variables will impact the future of crops. According to Huffman, the biggest are: 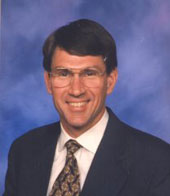 Prices right now for corn and soybeans are up about 50 percent relative to two years ago, so those are relatively good prices. That's good news for grain producers.