AMES, Iowa -- Two Des Moines business gurus will speak at Iowa State University about ways businesses can grow stronger by overcoming and embracing adversity. Barry Griswell and Bob Jennings will present "The Adversity Paradox: Achieving Uncommon Success in Business" at 7 p.m. Monday, April 13, in the Memorial Union Great Hall. A book signing and reception follow. The events are free and open to the public.

Griswell and Jennings co-authored a book of the same title that will be published in April by St. Martin's Press. It looks at successful entrepreneurs who have prevailed over adversity, coming away with newfound business savvy that resulted in greater success. They describe adversity as an opportunity to make positive adjustments, and they offer lessons learned.

Griswell is chairman of the board and retired CEO of the Principal Financial Group. He is a recipient of the Horatio Alger Award, given to individuals who have achieved great success while overcoming a difficult background.

President of the Community Foundation of Greater Des Moines, Griswell also is a trustee of Berry College in Rome, Ga., United Way of America, Americans for the Arts and chair of the Business Committee for the Arts. He is a member of United Way International's India Leadership Committee. In spring 2008, Griswell founded The Harvest Initiative, an endeavor to bring economic help to the people of Crow Creek County in South Dakota.

Griswell has also been active in various industry and community organizations, including service as chair of the American Council of Life Insurers and board member of The Business Roundtable. He is a past president of the Federation of Iowa Insurers and past chair of the Greater Des Moines Partnership. He served as chair of the United Way of America National Tocqueville Council from 2003-07.

Griswell has received the Oscar C. Schmidt Iowa Business Leadership Award, the United Way of Central Iowa Alexis de Tocqueville Society Award, the Ellis Island Medal of Honor and the American for the Arts Corporate Citizenship in the Arts Award. He has been inducted into the Iowa Business Hall of Fame.

Bob Jennings is president of Lean Management Inc., a consulting company focused on senior management methods and execution. Prior to starting his own company, he was president of EFCO Corp., a world leader in the design and supply of forms for concrete construction, with operations in 12 countries.

During his more than 20 years at EFCO, Jennings was influential in transforming the domestic company of 400 employees to a multinational with 1,200 employees. The expansion came with new products, acquisitions, emphasis on employee training and development and geographic growth. He holds five patents, and has participated in many of the world's largest construction projects.

The lecture is cosponsored by the College of Business, the College of Engineering, Veishea 2009 and the Committee on Lectures, which is funded by the Government of the Student Body. 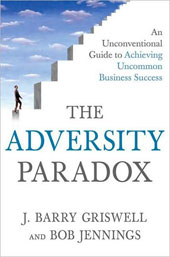