AMES, Iowa -- If you're looking to keep your job in these tough economic times, you might want to avoid talking about how your firm's cutbacks will make it harder for you to do your work. That's because those who regularly articulate workplace handicaps don't get much sympathy from co-workers, according to an Iowa State University management professor who has studied self-handicapping in the workplace.

"I don't know that I'd want to bank keeping my job or my career on my ability to handicap and use impression management techniques, because eventually it's going to boil down to either the state of the company or your own job performance," said James McElroy, a University Professor of Management at Iowa State. "So I wouldn't recommend this as a strategy for dealing with these times."

McElroy and J. Michael Crant, a management professor at the University of Notre Dame, published a study last year in the Journal of Applied Psychology on the effects of self-handicapping among 246 workers from 10 technology, Internet and professional service sector companies. According to their paper, self-handicapping occurs when a person says or does something in advance of an event that provides an explanation for the subsequent success or failure of his or her performance.

The study found that the more times an individual turned to self-handicaps prior to taking on a work-related project, the less credible the handicaps became to the respondents -- particularly if the project ultimately failed. And even if the project was a success, the person received no extra credit for overcoming their perceived handicaps.

"We think it becomes like a dispositional characteristic -- the fact that it's not what you're saying, it's the fact that you're always coming up with these excuses," said McElroy, who has done past research on employee attitudes and behavior. "You take on the characteristics of a whiner, because you're always doing it before the fact. The information contained in the handicap gets less credible [the more you do it]."

The researchers created a hypothetical condition involving a salesperson within the company who was asked to take on a new territory. Subjects were asked about the credibility of the handicap claims by the salesperson after they made them once, or multiple times. A single case was viewed as being much more credible than when the salesperson turned to self-handicaps multiple times.

Respondents also indicated that handicapping that comes from a third party is more credible than self-handicapping.

"Handicapping done by others not only lowers expectations but also gives observers of the performance something else to blame poor performance on, other than the actor," McElroy said. "This phenomenon is part of something called 'attribution theory,' where we all have a natural tendency to come up with the reasons for why something happens. And the reasons we use affect how we feel about an event."

He says that could be a reason why new President Barack Obama could receive a longer "honeymoon" from voters after succeeding a less popular president while the country is at war and in an economic crisis. Fellow politicians and media reports have been documenting the handicaps Obama would inherit long before he even took office.

And that may be another reason to avoid self-handicapping at your workplace when staffing and budgets are being cut. Management and co-workers are probably well aware of the newly imposed handicaps caused by the cutbacks, and may articulate them for you.

But McElroy also warns that handicapping is fickle business, regardless of the conditions.

"Of course, there's a little bit of a risk with handicapping in general because you have to do it before the performance, and you're never sure how the performance is going to turn out," he said.

And if that performance results in the project's failure, don't confuse self-handicapping with making excuses after the fact. McElroy reports that's a different concept in the workplace, one not covered by his research. 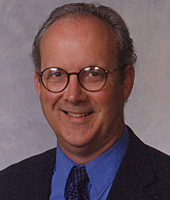 An Iowa State management professor advises against self-handicapping on the job. James McElroy, a University Professor of Management at ISU; and J. Michael Crant, a management professor at the University of Notre Dame, published a study last year that found the more times an individual turned to self-handicaps, the less credible those handicaps became to their co-workers -- particularly if the project eventually failed.