Journalism graduate Corey Moss to speak about his Hollywood career at ISU Nov. 12

AMES, Iowa - On Nov. 3, Sire Records will release the feature documentary "Dear Jack," a film co-directed, written and produced by Iowa State University journalism graduate Corey Moss. In a lecture at Iowa State on Thursday, Nov. 12, Moss will discuss his work with the film and share his experiences in entertainment journalism.

Moss' lecture, "My Hollywood Career," will be at 7 p.m. in the Memorial Union Great Hall, followed by a screening of "Dear Jack" at 8 p.m.

"Dear Jack" follows singer Andrew McMahon of the bands Jack's Mannequin and Something Corporate through his battle with lymphoma leukemia. At age 22, McMahon was diagnosed with leukemia while trying to release Jack's Mannequin's debut album, "Everything Transit." The film offers a firsthand view of McMahon's battle with leukemia. It was filmed by McMahon and narrated by American musician Tommy Lee.

In addition to his work with "Dear Jack," Moss is an executive producer at Yahoo! Originals, where he created the web show, "Primetime in No Time." He has also written and directed short films starring Jackie Chan, Jamie Kennedy and Brett Ratner.

Moss served as MTV's American Idol expert for several years. He also has appeared on Fuse television shows, including "Videos that Rocked the World," "10 Great Reasons" and "Live Through This." As an entertainment journalist, Moss has been published in Rolling Stone, Spin and Vibe.

Moss' lecture is cosponsored by the Greenlee School of Journalism and Communication, the Iowa State Daily, the Student Union Board, and the Committee on Lectures, which is funded by the Government of the Student Body. 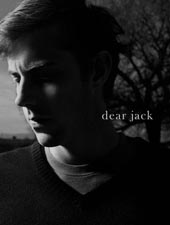 On Thursday, Nov. 12, Iowa State University journalism graduate Corey Moss will discuss his work with the film "Dear Jack," and share his experiences in entertainment journalism. A screening of "Dear Jack" will follow his lecture.