AMES, Iowa -- It's a fact. The traditional news media as we've known it -- particularly print journalism -- is changing, and downsizing dramatically.

According to a tally by the Web site Paper Cuts (http://graphicdesignr.net/papercuts/), more than 13,460 newspaper jobs have been lost in the U.S. so far this year. And more than 100 U.S. newspapers have closed in 2009.

Yet in spite of the gloomy outlook, journalism schools continue to flourish. A recent Forbes.com article reported that J-school applicants to Columbia, Stanford and the University of North Carolina increased by 38, 20 and 14 percent respectively from the previous year.

Enrollment in Iowa State University's Greenlee School of Journalism and Communication also remains robust, with 650 to 750 students each of the past five years.

So why do they keep coming?

"If you just converse informally with students about, 'What is it that you want to do here?' they say there's not been a time that's as exciting as today because of new communication technology," said Lulu Rodriguez, a Greenlee School professor and director of graduate education. "They're here to redefine the profession altogether. They are feeling that they're actually going to be empowered by this thing more than anything else. And despite the proliferation of so many other news outlets that are out there, I think that people do understand that journalism will never be dead because people are still going to look for credible sources."

The Greenlee School's curriculum is being tweaked to better prepare students for this new age of journalism. In anticipation of a proposed Ph.D. in science, technology and risk communication, journalism faculty opted to streamline courses and add digital techniques to existing courses such as "Fundamentals of Photography," taught by Pulitzer Prize-winning journalist Dennis Chamberlin.

But the integration of new technology into the existing curriculum won't come at the expense of teaching the fundamentals of good journalism.

"Fundamentally, the education has not changed because we have always basically said the hallmarks of journalism are still fairness, accuracy and accountability," said Rodriguez, who oversees a convergence ad-hoc committee at the Greenlee School.

"What will change are your technological gadgets, of course, and we are going to try our best to adapt to that," she said. "But I think a journalistic ethic that is built on responsibility will never change."

Greenlee School Director and Professor Michael Bugeja would like his students to become even more responsible journalists.

"My own concern about the curriculum is less about the presentation and more about the content," said Bugeja, a regular panelist in a weekly editorial roundtable by the Washington Post Writers' Group. "I think the Greenlee School can establish an even higher profile if it focuses on students understanding science -- understanding something beyond entertainment with issues that are going to affect the rest of their lives. Those issues are food, water, fuel, disease and climate. And students need to be able to understand the issues of other disciplines."

Conducting an audit of the course roster

Rodriguez reports that Greenlee School faculty have reviewed course rosters and re-tooled what's being offered to address market demand. And the student audience is demanding a move toward greater multimedia convergence.

"We are now in the midst of extensive syllabi review to make sure that we are incorporating as much of this convergence theme as possible," she said. "For instance, the traditional 'Writing for Print' has got to go -- across the board. Television production must go beyond television to also extend to the Internet.

"We already have the resources without having to come up with new labs," Rodriguez continued. "We're doing this in a very hierarchical way in that we provide students fundamental exposure to technology."

And Bugeja would also like to see future Greenlee School convergence extend beyond technology.

"It's not just the convergence of technology," said Bugeja, who won the Clifford G. Christians Award for Research in Media Ethics for the second time in four years for his 2008 book, "Living Ethics Across Media Platforms" (Oxford University Press). "It's the convergence of subject matters and they [students] have to be schooled in so many sciences just to understand the issues of the day."

Iowa State University's Greenlee School of Journalism and Communication continues to attract students -- with 650 to 750 students each of the past five years -- in spite of the massive downsizing of print media nationally. School officials are addressing the current curriculum to better serve students for a new digital age of journalism.

"If you just converse informally with students about, 'What is it that you want to do here?' they say there's not been a time that's as exciting as today because of new communication technology. They're here to redefine the profession altogether." 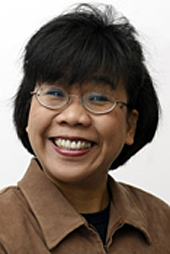