AMES, Iowa -- Five U.S. Army senior cadets from the Cyclone ROTC Battalion at Iowa State University were recognized for their achievements at this summer's Leadership Development and Assessment Course (LDAC) at Joint Base Lewis-McChord, Wash.

This summer, more than 6,400 attended the training in 14 separate regiments, each with about 500 cadets. It is the largest Training and Doctrine Command exercise in the Army. Successful completion of the training is prerequisite to officer commissioning.

A total of 23 students attended from Iowa State. The Cyclone Battalion has 125 student cadets from ISU, Drake University and Grand View College, both in Des Moines.

"This is our NCAA Tournament," said Lieutenant Colonel Jay Soupene, ISU professor and chair of military science and tactics.

"Following junior year, our students compete with Army ROTC Cadets from every major university in the country. Army ROTC Training during the junior year at Iowa State is intense and incredibly demanding to prepare our young leaders for this challenge," he said.

"The Cyclone Battalion consistently ranks in the top three percent of the 273 ROTC programs in the nation," Soupene said. "This competition is about leadership, and we do very well." 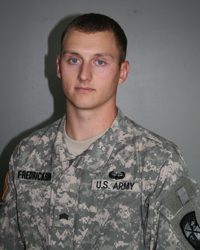 Trenton Fredrickson, a materials engineering major from Onalaska, Wisc., was named the top cadet of the nearly 500 cadets in the 7th Regiment. He earned the AUSA Leadership Excellence Award, Bank of America Coin and the COMTeK Leadership Award. In addition, Fredrickson won the Platoon Leadership Award for his platoon.

James Stenson, a liberal studies major from Eatontown, N. J., was named the number two cadet of the 5th Regiment. He received the Sinclair L. Melner Award and the USAA Leadership Award. Stenson also won the Platoon Leadership Award for his platoon.

Justin Peterson, a management major from Ames, was recognized for leadership and ranked fifth in the 11th Regiment of approximately 500 cadets.

Two Iowa State cadets finished in the top two percent of their respective training classes in the Army Physical Fitness Test, which measures strength and endurance. Jessica Dinges, a psychology major from Des Moines, scored 345 on an extended scale -- 300 is the army standard maximum score. Dinges finished ahead of 445 cadets in her regiment. Kerrie Hughes, an environmental science major from Baldwin, Md., topped 446 of her regiment peers with a score of 340 points. Hughes also received the Platoon Leadership Award for being the top cadet in her platoon.

Each of these ISU leaders will commission into the United States Army as officers at the conclusion of this school year. Army ROTC Cadets have the option of serving on active duty, in the National Guard, or the reserves.

Five U.S. Army senior cadets from the Cyclone ROTC Battalion at Iowa State were recognized for their achievements at Operation Warrior Forge, the most important training event for an Army ROTC cadet or National Guard officer candidate.

"This is our NCAA Tournament." 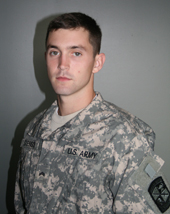 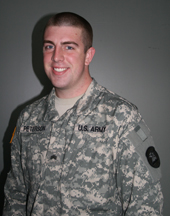 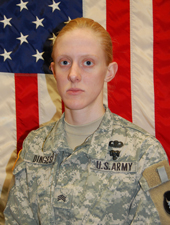 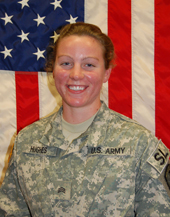