Director of the National Football League's Environmental Program to speak at ISU Feb. 18

AMES, Iowa - With more than 70,000 people visiting Miami's Sun Life Stadium last weekend, it's no surprise that cleaning up the aftermath of Super Bowl XLIV is quite a task. Jack Groh, director of the NFL Environmental Program, is in charge of minimizing the environmental impact of NFL events like the Super Bowl. Groh will discuss his work with the program in a lecture at Iowa State University on Thursday, Feb. 18.

Groh's lecture, "The Super Bowl: The Field isn't the Only Thing That's Green," will be at 8 p.m. in the Memorial Union Great Hall. The event is free and open to the public.

The environmental program works with partners and local organizations to decrease environmental impacts of the NFL, by reducing solid waste, increasing recycling and landfill diversion, using renewable energy for events, and donating materials used to construct and decorate temporary structures. The program was also the first U.S sport organization to approve a carbon-neutral initiation.

Groh has worked with the United Nations and the International Olympic Committee as a featured speaker on environmental project development.

An award-winning journalist, Groh has received recognition by the Associated Press, UPI and the Society of Professional Journalists for his work in investigative journalism.

This lecture is part of the National Affairs Series, "Innovation and Ethics." The event is also sponsored by the Council on Sustainability and Committee on Lectures, which is funded by the Government of the Student Body. 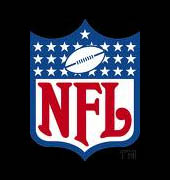 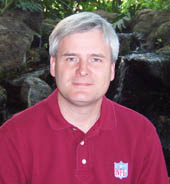 Jack Groh, director of the NFL Environmental Program, will present a lecture entitled, "The Super Bowl: The Field isn't the Only Thing That's Green," at Iowa State University on Thursday, Feb. 18. The lecture will start at 8 p.m. in the Memorial Union Great Hall and will be free and open to the public.