AMES, Iowa -- A recovered bulimic and bestselling author who has transformed eating disorder awareness and recovery will speak at Iowa State University on Monday, Feb. 22.

Jenni Schaefer, coauthor of "Life Without Ed," will present "Recovering from An Eating Disorder and Falling in Love with Life" at 7 p.m. in the Great Hall Memorial Union. Her talk, part of Iowa State's National Eating Disorders Awareness Week, is free and open to the public. 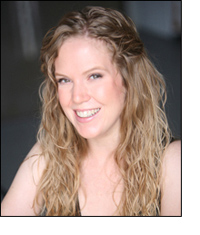 Schaefer's latest book, "Goodbye Ed, Hello Me: Recover from Your Eating Disorder and Fall in Love with Life," outlines the path from recovery to liberation. Based on her own experiences, it also draws from behavioral research to provide a practical guide to people looking to overcome eating disorders.

In her first book, "Life Without Ed: How One Woman Declared Independence from Her Eating Disorder and How You Can Too," (which she wrote with her psychotherapist), Schaefer popularized the approach of personifying an eating disorder as a relationship rather than a condition or illness. She named her anorexia/bulimia "Ed," an acronym for eating disorder.

Schaefer is an ambassador for the National Eating Disorders Association and has appeared frequently on "Dr. Phil" and "Entertainment Tonight." Her work has been featured in the Chicago Tribune, The Washington Post, Shape and Woman's World, and she has written for a range of publications, from Cosmogirl to the popular "Chicken Soup" series. Schaefer also is a contributing editor to self-help/recovery publications, including Recovery Today and Steps for Recovery.

A consultant with Center For Change, Schafer also serves on the board of Eating Disorders Recovery Today, and on the professional advisory panel of FEAST (Families Empowered and Supporting Treatment of Eating Disorders). She is a frequent speaker at universities and conferences.

The lecture is cosponsored by the College of Human Sciences, Department of Food Science and Human Nutrition, Department of Geological and Atmospheric Sciences, Graduate Students of Psychology, Department of Kinesiology, Margaret Sloss Women's Center, Thielen Student Health Center, Women's Studies Program and the Committee on Lectures, which is funded by the Government of the Student Body.

Schaefer on Talk of Iowa

"Recovering from An Eating Disorder and Falling in Love with Life"