AMES, Iowa -- A previous six-month study by Iowa State University researchers had indicated that consuming modest amounts of soy protein, rich in isoflavones, lessened lumbar spine bone loss in midlife, perimenopausal women. But now an expanded three-year study by some of those same researchers does not show a bone-sparing effect in postmenopausal women who ingested soy isoflavone tablets, except for a modest effect at the femoral (hip) neck among those who took the highest dosage.

The multi-center clinical trial of 224 postmenopausal women -- led by D. Lee Alekel, professor of nutrition and interim associate director of the Nutrition and Wellness Research Center (NWRC) at Iowa State, and supported by the National Institute of Arthritis, Musculoskeletal and Skin Diseases, one of the research institutes of the National Institutes of Health (NIH) -- was the longest ever conducted on the effects of soy isoflavones on bone mineral density (BMD). It compared the effects of either ingesting daily 80-mg daily or 120-mg soy isoflavone tablets, compared to placebo tablets on BMD and other health outcomes.

Iowa State NWRC researchers collaborated with research physiologist Marta D. Van Loan and her colleagues at the USDA Agricultural Research Service's Western Human Nutrition Research Center, located at the University of California, Davis. The primary results of their study were published in the January issue of The American Journal of Clinical Nutrition.

"Our six-month preliminary study, published in 2000, indicated that soy protein, rich in isoflavones, exerted the greatest impact in slowing the loss of bone mineral density in the lumbar spine," Alekel said. "But we believed that we needed to replicate these results in a study with a greater sample size and longer duration, which is what we did with this three-year intervention.

"In this longer study, we had sufficient power to detect change," she continued. "We monitored adverse events, had excellent compliance throughout, and accounted for potential confounding factors."

"This trial used isoflavones extracted from soy protein, compressed into tablet form, consumed over the course of three years, which is very different than either providing soy protein or soy foods," Alekel said. "In our recent study, we did not demonstrate an important biological effect on BMD or bone turnover."

The new study calls into question the value of postmenopausal women consuming soy isoflavone tablets to help lessen bone loss and minimize the effect of osteoporosis.

"The preponderance of studies that have been published -- particularly the longer term, more carefully conducted studies, like our own -- have shown little to no biological effects of soy isoflavones on BMD," she said. "This field of research has attracted 'believers,' making it difficult to convince them otherwise. They may continue to believe what they want to believe, rather than what the evidence shows."

And when it comes to minimizing the consequences of osteoporosis in postmenopausal women, Alekel urges a more holistic approach.

"People, in general, would like an easy fix. We would all like soy isoflavones to be that magic pill, but this study has found that they are not," she said.

Results from other health outcomes from this research have been published in six manuscripts to date, with six additional manuscripts underway. The NWRC research team will continue to study factors that influence bone mineral density and health outcomes in postmenopausal women.

Results from a new multi-center clinical trial of 224 postmenopausal women -- conducted, in part, by researchers from Iowa State's Nutrition and Wellness Research Center -- questions the value of consuming soy isoflavone tablets to help lessen bone loss and minimize the effect of osteoporosis.

"People, in general, would like an easy fix. We would all like soy isoflavones to be that magic pill, but this study has found that they are not." 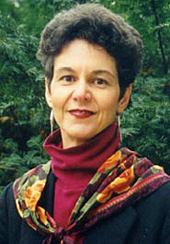