AMES, Iowa -- These are, indeed, dark days at the workplace. The nation's economic woes and high unemployment (just under 10 percent nationally) have left many workers either fearing for their jobs, or overwhelmed by new work they've been asked to do amid the downsizing.

A survey last month by the Conference Board reported that job satisfaction is the lowest since the group began keeping track in 1987 -- with only 45 percent of workers satisfied with their jobs. That compares with 52 percent five years ago and 61 percent in 1987.

So what's a manager to do to keep employees satisfied and committed while they're being asked to do more with less? Two Iowa State University management professors who study employee turnover and work commitment say a manager first needs to acknowledge the problem and a timetable for action. Because when it comes to employees dealing with bad news, the waiting is often the hardest part.

"Fear of the unknown is something you want to avoid," said Paula Morrow, a University Professor of management. "Managers should understand that businesses experience good economic times and bad economic times, and they're going to oscillate that way. So they should take the long view with employees and tell them that, 'Yeah, it's bad right now, but good times will return.'"

"One of the things that managers can do is provide some sense of direction as to where the company's going -- letting people know if there is an end and when it's going to come," added James McElroy, who is also a University Professor of management at ISU.

And if more layoffs are part of that direction, managers need to articulate just how those decisions will be carried out.

"Managers should recognize that some people have to go. But how that's going to happen -- the criteria that's going to be used to determine who gets laid off -- can go a long way toward causing people to question the fairness of the system," McElroy said. "It's distinguishing between distributive justice, which is the outcome, 'You've got to go' -- and procedural justice, the mechanisms used to determine who goes, or how it's carried out. And you really want both of those things to be viewed favorably."

Morrow says transparency in the procedural justice process will enable some employees to feel a certain level of fairness -- or at least an understanding of the layoff process. But managers also need to acknowledge how the downsizing will impact remaining employees and their work.

Management should also be prepared to explain reasons for voluntary departures by a co-worker during tough times.

"If somebody leaves, then the people who stay behind try to attribute reasons for why that person left. And what could affect their level of satisfaction with the company," McElroy said. "If someone leaves and they leave for a better deal, that's understandable. But if someone leaves because they're unhappy about the place -- particularly if they're well-liked and a good employee -- then you start to question why they left and whether you should start looking too."

At the same time, it's important to provide employees reasons for future optimism.

"They could say something like, 'When these hard times are past, we'll do x, y and z,'" Morrow said. "Maybe you've suspended some of your annual corporate events due to hard times -- your annual company picnic, or whatever -- and you could say, 'We'll look forward to resuming our normal ways of demonstrating our appreciation to our employees.'"

Offer amenities you can control

And when shrinking budgets make certain rewards no longer possible, Morrow suggests that managers focus on amenities that they can control and offer -- such as providing additional time off. The ISU professors also point out that rewards come in all forms and may be as simple as writing a brief note to an employee for a job well done.

"What most people are looking for is some recognition that they're appreciated and valued," Morrow said. "And if the normal rewards aren't available, is there something else that you can do?"

Managers should avoid gimmicks such as "Jeans Friday" and "Employee of the Month," since the ISU professors report that they don't typically have much of an influence on worker satisfaction. Instead, McElroy recommends modeling actions by companies that are known for their successful employee relations -- such as SAS Institute (a statistical software company), which was recently rated the best company to work for by Fortune magazine.

But Morrow also emphasizes that the bottom line on employee relations success is that it needs to be practiced all the time -- in good times as well as bad.

"One thing to remember is that Rome wasn't built in a day, and if you have not treated your employees fairly and with respect during the good times, you are out of luck now when it comes to the bad times," Morrow said. "There's no quick Band-Aid fix if you haven't treated them well prior to the economic downturn that has driven the layoffs." 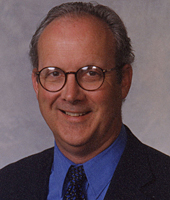 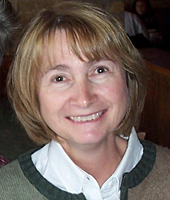 Two Iowa State University management professors who study employee turnover and work commitment -- James McElroy and Paula Morrow -- offer managers advice one how they can still motivate their workers when they may be asked to do more with less during these economic tough times.

"One thing to remember is that Rome wasn't built in a day, and if you have not treated your employees fairly and with respect during the good times, you are out of luck now when it comes to the bad times. There's no quick Band-Aid fix if you haven't treated them well prior to the economic downturn that has driven the layoffs."