AMES, Iowa -- Arizona's tough new immigration enforcement law, which goes into effect on July 29, has resurrected the national debate among lawmakers over immigration reform. And an Iowa State University professor and author of a new book profiling Mexican migrant students urges them to consider education in that debate.

Ryan Evely Gildersleeve, an assistant professor of educational leadership and policy studies, has authored the book, "Fracturing Opportunity: Mexican Migrant Students & College-going Literacy" (2010, Peter Lang Publishing Inc.). It documents the socio-cultural barriers to college for 12 Mexican migrant students in California. In it, Gildersleeve shows how the idea of attending college is not instilled in the everyday lives of the Latino students he studied, making access to higher education much more difficult.

And while advocates of tougher immigration policy may wish to deny that access altogether, Gildersleeve finds that approach counterproductive to U.S. society.

"We can't divorce educational opportunity from broader immigration and social concerns -- particularly around labor and economic opportunity," Gildersleeve said. "It doesn't really make common sense to send students back to a country where they have little to no familial ties, little to no economic security, and little to no social opportunity, when we've already invested in them in their K-12 schooling and prepared them to be contributors to American society."

Model migrant student has no place to go

In his book, Gildersleeve profiles an undocumented Mexican student who crossed the border with his family when he was 9 and is now graduating from a California state university with a double major in math and computer science. He is bilingual and biliterate, and also minored in education because he would like to be a high school math teacher. But because he lives in the Imperial Valley of California, which Gildersleeve reports has Immigration and Customs Enforcement (ICE) checkpoints all around, the student cannot exit the region without fear of deportation.

"He's one of our most well-educated citizens in the U.S.," Gildersleeve said. "The State of California needs math and science teachers badly -- particularly male teachers who are bilingual and biliterate -- perhaps worse than any other type of teacher besides special education. And yet he can't even leave the Imperial County of California, much less get a job to do what we've trained him to do."

Gildersleeve says the threat of immigration enforcement is just one of several barriers migrant youths face as they attempt to move through the U.S. educational system.

"Financing is always number one, and that holds true for most populations underrepresented in higher education," Gildersleeve said.

"If the student is undocumented, there are political barriers. The Arizona law really highlights and intensifies that," he continued. "Whether or not any individual student happens to be documented or undocumented, Latino immigrant families generally are trying to persist through an educational system in a hostile political climate. And particularly in the American Southwest, we can see that through decades of legislation with anti-immigrant sentiment attached to it."

A recent article by Patti Brown of the Iowa Policy Institute on IAbiz Online reports that the number of undocumented immigrants in Iowa is estimated to be approximately 55,000, of which an estimated 9,000 to 13,500 are children age 18 and under. In addition, an estimated 12,000 children have been born in the U.S. to undocumented immigrants living in Iowa. That puts Iowa at the center of the immigration reform debate and makes the same educational issues critical to the state's future, Gildersleeve said.

"Across the country we're seeing new waves of migration and in Iowa in particular, our Latino student population increased by almost 600 percent in a 20-year period," he said. "This isn't going to go away, and as long as our economic systems are intertwined, we're going to perpetuate a need for new labor.

Gildersleeve is continuing to study education among the immigrant communities in California and Iowa. He is working on one project with students in Perry, Iowa.

Ryan Evely Gildersleeve, an ISU assistant professor of educational leadership and policy studies, has authored a new book that documents the socio-cultural barriers to college for 12 Mexican migrant students in California. He can apply that knowledge to the nation's ongoing immigration reform debate. 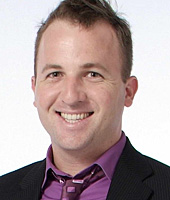 "It doesn't really make common sense to send students back to a country where they have little to no familial ties, little to no economic security, and little to no social opportunity, when we've already invested in them in their K-12 schooling and prepared them to be contributors to American society."
Ryan Evely Gildersleeve
Loading...