AMES, Iowa -- If global warming is a scientific fact, then you better be prepared for the earth to become a more violent place. That's because new Iowa State University research shows that as the earth's average temperature rises, so too does human "heat" in the form of violent tendencies.

Co-authored by Craig Anderson, a Distinguished Professor of psychology and director of Iowa State's Center for the Study of Violence; and Matt DeLisi, an associate professor of sociology and director of ISU's criminal justice program, the paper was presented by Anderson last week at the Sydney (Australia) Symposium of Social Psychology. Using U.S. government data on average yearly temperatures and the number of violent crimes between 1950 and 2008, the researchers estimate that if the annual average temperature in the U.S. increases by 8°F (4.4°C), the yearly murder and assault rate will increase by 34 per 100,000 people -- or 100,000 more per year in a population of 305 million.

And while the global warming science has recently come under fire, the main premise behind the Iowa State researchers' paper is based on study after study.

"It is very well researched and what I call the 'heat hypothesis,'" Anderson said. "When people get hot, they behave more aggressively. There's nothing new there and we're all finding the same thing. But of the three ways that global warming is going to increase aggression and violence, that's probably the one that's going to have the most direct impact -- even on developed, wealthy countries, because they have warm regions too."

The ISU researchers analyze existing research -- including an update on a study Anderson authored in 1997 -- on the effects of rising temperature on aggression and risk factors for delinquency and criminal behavior.

In addition to the "heat hypothesis," they report that rising global temperatures also increases known risk factors for the development of aggression in violence-prone individuals -- such as increasing poverty, growing up amid scarce resources, malnutrition and food insecurity. They contend that one of the most catastrophic effects of climate change will be food availability, producing more violence-prone individuals in the process.

An author and editor of two new books on delinquency and the development of serious criminality -- "Criminological Theory: A Life-Course Approach" and "Delinquency in Society: The Essentials" (see story) -- DeLisi's found that it's a layering of risk factors that ultimately lead to a person becoming a serious offender. In fact, one of his new books promotes a life-course understanding of antisocial conduct -- from prenatal through adulthood -- and how various risk factors contribute to persistent offenders.

And food scarcity is one of the risk factors.

"While there is some link between temperature and aggression, really the effects [of climate change] are going to be more indirect if those temperature changes affect the amount of food we can produce, coupled with population growth," DeLisi said. "Then where the real damage will be done is malnutrition, because that sets in motion these other developments [risk factors] that then lead to crime."

DeLisi also cites the forced migration from the damage of Hurricane Katrina as an example of how criminal activity may be exported by an increase in extreme weather caused by global warming.

"It's not just normal folks who left New Orleans. It's also criminals," he said. "And so as a lot of the people from New Orleans relocated to Houston, what you also had was displacement of gangs from New Orleans and confronting Houston gangs -- resulting in an increasing number of homicides from their conflicts."

The authors cite ecomigration, civil unrest, genocide and war as the third way global warming is going to increase violence. They report research finding that rapid climate change can lead to changes in the availability of food, water, shelter and other necessities of life. And such shortages can also lead to civil war and unrest, migration to adjacent regions and conflict with people who already live in that region, and even to genocide and war.

"There have been some recent reports [cited in the paper], and one was a U.N. report on climate change and women and children," Anderson said. "It pointed out that whenever there was an ecological disaster, women and children tend to be the most victimized in terms of violence. The reasoning is that women, in most of the subsistence cultures, are often more responsible for food and the children, and so they can't pack up and leave as easily. And so they're left vulnerable to violent activities."

Anderson plans to continue studying the effects of climate change on resulting violence. 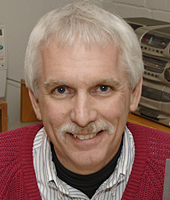 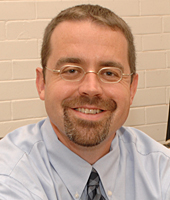 "While there is some link between temperature and aggression, really the effects [of climate change] are going to be more indirect if those temperature changes affect the amount of food we can produce, coupled with population growth. Then where the real damage will be done is malnutrition, because that sets in motion these other developments [risk factors] that then lead to crime."
Matt DeLisi
Loading...