AMES, Iowa - More than 3,300 students will receive degrees from Iowa State University as the spring semester concludes, and many of them will participate in graduation ceremonies this weekend.

An estimated 101 doctoral and 319 master's students will be honored at the graduate commencement on Friday, May 7. It begins at 7:30 p.m. in Stephens Auditorium. John Schuh, Distinguished Professor and chair of Educational Leadership and Policy Studies, will give the address.

At noon on Saturday, May 8, 120 students will receive their doctor of veterinary medicine (DVM) degrees at Stephens Auditorium. Veterinary Medicine Dean John Thomson, who will retire as dean at the end of the calendar year, will address the graduates.

And an estimated 2,766 students will receive their bachelor's degrees during the undergraduate commencement ceremony at 1:30 p.m. Saturday in Hilton Coliseum. Video of the ceremony will be streamed live online.

Tickets are not needed for any of the ceremonies.

Iowa State will confer two honorary degrees at the undergraduate ceremony. Alumnus and chemist Jonathan Rich will receive an honorary doctor of science degree and give the commencement address. Rich is being honored for scientific contributions to the chemical industry (including a new way to produce silicone polymers) and for his advocacy for shared public-private investment in research.

Since 2007, Rich has served as president and CEO of Momentive Performance Materials, Albany, N.Y., with R&D or production facilities in 30 countries. He also has held research and management positions with GE Silicones and Goodyear Tire and Rubber Co. From 2002 to 2007, he served as president of Goodyear's North American Tire unit and board chairman of Goodyear Dunlop Tires North America.

Rich received a bachelor of science degree in chemistry from Iowa State in 1977. He also earned a doctorate in chemistry from the University of Wisconsin. Rich has been published in numerous journals and publications and is listed as an inventor on 26 U.S. patents.

Former Ford Motor Co. and John Deere engineer Harold Brock, Waterloo, also will receive an honorary doctor of science degree. Brock is being honored for leadership in designing tractors that helped spur the transformation of agriculture and food production in the mid-20th century and, since his 1972 retirement from industry, his contributions to education. Brock was a founding board member of Hawkeye Community College in Waterloo, and served as chairman of the board from 1965 to 1980, and again in 2000. As a tribute to his service, the campus' Brock Student Center, completed in 2008, is named for him.

In the late 1930s, Brock took Ford's revolutionary 9N tractor, with the first three-point hitch system, from conception to production. Today, every tractor manufacturer in the world uses this system, designed by inventor Harry Ferguson. During World War II, Brock worked on Ford's M3 and M4 Sherman tanks and the Ford-Willys Jeep. As director of tractor research at Deere's Waterloo Tractor Works, he headed the group that designed the Deere 4020 tractor in the early 1960s, the most popular tractor of its time and reportedly the most copied in history.

Brock is a fellow of the Society of Automotive Engineers and the American Society of Agricultural and Biological Engineers (ASABE). In 2008, he received ASABE's Cyrus Hall McCormick-Jerome Increase Case Gold Medal.

Iowa State's seven undergraduate colleges will honor their graduates during college convocations or receptions Friday evening or Saturday morning. A complete list of commencement events is online on the Registrar's website.

This summer is the first year Iowa State will not hold a commencement ceremony at the end of summer term in early August. Students expecting to complete degrees this summer have been invited to participate in either the May or December graduation events. 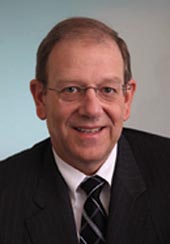 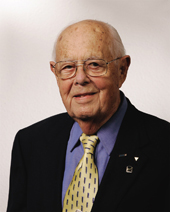