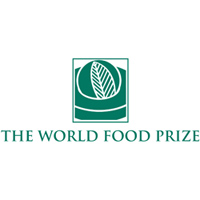 AMES, Iowa -- David Beckmann and Jo Luck, the 2010 World Food Prize recipients, will present the ninth annual Norman Borlaug Lecture at Iowa State University on Monday, Oct. 11. They will discuss the role of nongovernmental organizations in combating hunger and poverty around the world.

Their presentation, "Grassroots Efforts in the Fight against Global Hunger," will be at 8 p.m. in the Memorial Union Sun Room. A reception and student poster competition on world food issues will be at 7 p.m. in the South Ballroom. All events are free and open to the public.

Beckmann is president of Bread for the World, a faith-based organization that seeks to influence federal government leaders to end hunger at home and abroad. He led an effort to persuade the government to increase funding for the fight against hunger and to develop more focused policies and long-term solutions.

Beckmann's leadership has resulted in dramatic growth in Bread for the World's grassroots, bipartisan participation, increasing citizen advocacy to end hunger. The impacts of government policies and programs he has fought for have brought hundreds of millions of people out of hunger and poverty.

A native of Nebraska, Beckmann is a Lutheran pastor and an economist. He worked on poverty issues at the World Bank for 15 years before becoming president of Bread for the World in 1991. He has lived and worked in Ghana and Bangladesh. Beckmann holds degrees from Yale University, New Haven, Conn.; Christ Seminary, Albuquerque, N.M.; and the London School of Economics. He is the author of several books, including "Exodus from Hunger: We are Called to Change the Politics of Hunger," being published this fall.

As CEO of Heifer International from 1992 to 2010, Jo Luck spearheaded the effort to build it into one of the premier hunger-fighting nonprofit organizations in the world. It brings food- and income-producing animals to extremely poor families, guiding them to self reliance, and providing opportunity for improved livelihoods through animal husbandry, technical training and community development. Jo Luck expanded the scope and impact of Heifer's activities throughout Africa, the Americas, Asia and the South Pacific, and Central and Eastern Europe, combating hunger by teaching poor communities how to become self-sustaining.

She also created innovative public education initiatives to link grassroots donors in rich countries to recipients in developing countries, increasing the knowledge and awareness of global hunger and poverty issues. The result has been a significant increase in support for Heifer projects through donations from households, faith communities, schools, civic groups and individuals of all ages.

Jo Luck previously was Heifer International's director of international programs. She will remain president of Heifer International until 2010 and is writing a book about her experiences. Jo Luck earned a degree at David Lipscomb College, Nashville, Tenn., and attended the Executive Education Program at Harvard University, Cambridge, Mass.

The Norman Borlaug annual lecture is named for the Cresco, Iowa, native and agronomist whose discoveries sparked the Green Revolution. Borlaug, who died in 2009 at the age of 95, received the Nobel Peace Prize for his international work in wheat research and production, which has saved millions of lives. He is the founder of the World Food Prize, which annually recognizes the achievements of individuals who have advanced human development by improving the quality, quantity or availability of food in the world. Iowa State University created this lecture series to be held annually in conjunction with World Food Prize events.

The Norman Borlaug lecture is coordinated by Iowa State University's Nutritional Sciences Council, and cosponsored by the Plant Sciences Institute, the World Affairs Series, and the University Committee on Lectures, which is funded by the Government of the Student Body. The poster competition is sponsored by the colleges of Agriculture and Life Sciences, Human Sciences, and the Liberal Arts and Sciences. Additional information is available online at http://www.lectures.iastate.edu/.

"Grassroots Efforts in the Fight against Global Hunger" 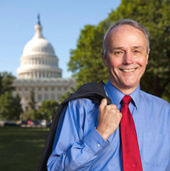 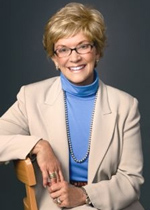