Environmental philosophers will lead town meeting at ISU on ethical action for a planet in peril on Sept. 29

AMES, Iowa -- Two environmental philosophers -- both noted authors -- will lead a discussion on the importance of taking personal and moral responsibility for the planet in a town meeting at Iowa State University on Wednesday, Sept. 29. Michael Nelson and Kathleen Dean Moore will lead "Moral Ground: A Town Meeting on Ethical Action for a Planet in Peril" at 7 p.m. in the Memorial Union Sun Room. The event is part of the Live Green! Sustainability Series at Iowa State. It is free and open to the public.

Moore and Nelson are editors of "Moral Ground: Ethical Action for a Planet in Peril." The book explores taking personal responsibility for the Earth in order to move beyond scientific debates, political legislation and mandates toward solving the environmental crisis. With a forward by Nobel Peace Prize winner Desmond Tutu, the compilation presents a rich variety of contributions from writers, poets and economists from throughout the world. It is a starting point for an international discussion that will be carried out in town hall meetings, online debate, essay competitions and sermons.

Kathleen Dean Moore is author of 10 books, including "Riverwalking: Reflections on Moving Water," "Holdfast: At Home in the Natural World" and "The Pine Island Paradox." She is a distinguished professor of philosophy and University Writer Laureate at Oregon State University, Corvallis. She also is the author of several critical-thinking textbooks and coeditor of the anthologies, "Rachel Carson: Legacy and Challenge" and "In the Blast Zone: Catastrophe and Renewal on Mount St. Helens."

The town meeting discussion is cosponsored by the Bioethics Program and the Committee on Lectures, which is funded by the Government of the Student Body. More information on ISU lectures is available at http://www.lectures.iastate.edu, or by calling (515) 294-9935. 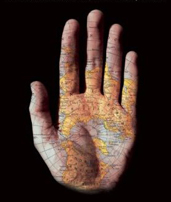 "Moral Ground: A Town Meeting on Ethical Action for a Planet in Peril"