AMES, Iowa -- An Iowa State University architecture professor has devoted much of his career to helping architects, building contractors, code officials and students decipher and implement the accessibility standards and the Americans with Disabilities Act Accessibility Guidelines (ADAAG). And he wants them to become advocates for good, inclusive design that goes beyond minimum standards -- even the new standards, which were published in the Federal Register Sept. 15.

Arvid Osterberg developed and teaches Design for All People -- one of only a handful of architecture classes in the country devoted to inclusive design. He consults widely on accessibility and safety issues in historic public buildings. He also is often called upon to serve as an expert witness in lawsuits concerning falls related to stairways, landings and railings.

Osterberg's latest contribution to accessible design education is the third edition of a 260-page manual, "Access for Everyone: A Guide to the Accessibility of Buildings and Sites with References to 2010 ADAAG." Using extensive references, examples and illustrations, the book unravels the original (1994), revised (1998) and new (2010) requirements. It also adds some common sense recommendations for inclusive design, based on what he's learned as a consultant. The reference also reflects extensive work by an interdisciplinary team of Iowa State graduate students.

"All too often, public facilities are built to the 1994 standards, in part because not all federal agencies adopted the revised 1998 standards," Osterberg said. "And, although the 1994 standards are inadequate in many ways -- which is why they were revised --- they are the ones being enforced. 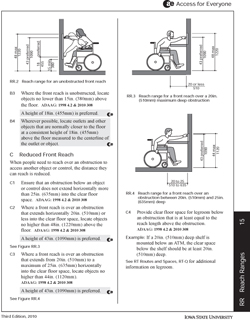 "Access for Everyone" reflects comprehensive research of accessibility issues, government documents and other sources to fully understand specific dimensional requirements and user needs. The manual uses proactive language, telling the designer exactly what to do. It references the specific ADAAG requirement, pointing out if it is more or less restrictive or the same as the original requirement. And it contains more than 400 additional recommendations by Osterberg, which are not included in the ADAAG minimum requirements.

Osterberg was sensitized to the effects of disabilities early on: He experienced polio as a child. And the disease paralyzed a good friend. As an architecture student at the University of Illinois in the 1970s, he became interested in designing public spaces for people with disabilities -- a relatively new field at the time. ("Wooden ramps were placed at the back doors of public buildings then.") While earning his doctor of architecture at the University of Michigan, he concentrated on gerontology and accessibility.

When he joined the faculty at Iowa State in 1977, Osterberg "observed things around campus that we could be doing better" in terms of design for disabilities. Collaborating with the university architect and the coordinator for students with disabilities, he reviewed new campus building plans and advised on accessibility. When the American with Disabilities Act (ADA) became law in 1990, Osterberg coordinated a dozen students to produce a thorough inventory of 85 campus buildings. A similar inventory of the residence halls followed.

"It took more than three years. We looked at everything -- sidewalks, parking, doors, restrooms. We listed things not in compliance, and set priorities for the needed changes," he said.

During the process, they found the government's 1990 accessibility guidelines were "poorly written and confusing," and created their own "little pocket guides."

That led to development of the first "Access for Everyone," which involved re-writing ADAAG text and re-drawing illustrations. Financed by Iowa State's facilities planning and management department, the project took several years to complete. The how-to manual, published in 2002, was widely used as a practical guide for designers, builders and code officials. Osterberg also used it as a text in the classroom and in continuing education workshops.

Not long after the first edition was published, the government revised ADAAG with new organization and numbering. Released in 2004, it created a confusing maze of standards: old and new, adopted and recommended, enforced and ignored. Osterberg and his team revised and expanded their manual with additional illustrations and recommendations, to help sort out the modifications of the revised ADAAG. The second edition was published in 2005.

"As far as I know, we are the only ones who have gone through all the regulations and figured this out to this extent," Osterberg said. "Our intentions are to get this out there and make it useful."

The 2010 third edition is available at cost for $50 for a printed copy, or $35 for a pdf version, at http://www.fpm.iastate.edu/accessforeveryone/ .

The third edition of a 260-page manual, "Access for Everyone: A Guide to the Accessibility of Buildings and Sites with References to 2010 ADAAG," by Iowa State University Architecture Professor Arvid Osterberg unravels the original (1994), revised (1998) and new (2010) requirements of the American with Disabilities Act Accessibility Guidelines (ADAAG). It reflects comprehensive research of accessibility issues, government documents and other sources to fully understand specific dimensional requirements and user needs. The manual uses proactive language, telling the designer exactly what to do. And it contains more than 400 additional common-sense recommendations. 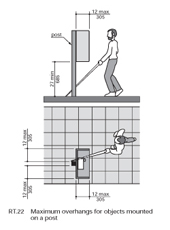 "As far as I know, we are the only ones who have gone through all the regulations and figured this out to this extent. Our intentions are to get this out there and make it useful."