AMES, Iowa- Benefactors to Campaign Iowa State: With Pride and Purpose have responded to the need to attract and retain the very best faculty instructors and researchers by doubling the number of endowed faculty positions at Iowa State University.

Iowa State University President Gregory Geoffroy announced at yesterday's (Sept. 20) University Convocation that 75 additional endowed faculty positions have been created during Campaign Iowa State, bringing the new total to 150 and reaching the goal set when the campaign was launched on July 1, 2003.

These positions are endowed with individual funds ranging from $500,000 to $3 million. More than $167 million has been raised for faculty support during Campaign Iowa State.

"While student scholarships, programmatic support, and gifts for facilities are extremely important to enhancing the Iowa State experience, nothing will have a greater long-term impact on the excellence of the university than being able to attract and retain the very best faculty through endowed positions," Geoffroy said. "Competition for the best scholars is intense, and it is critical that we have these types of positions to remain competitive in our faculty hires and retentions.

"Because of the generosity of our many donors, there are a number of examples of faculty whom Iowa State has been able to recruit to our campus from prestigious universities across the country, in part, through a named, endowed position. These positions have also allowed our academic colleges the leverage to entice our own top Iowa State faculty members being recruited elsewhere to remain in Ames with an endowed professorship or chair."

These prestigious and uniquely named faculty positions have a multi-pronged effect, creating additional opportunities for those who hold them. Funds can be used in any number of ways. Holders of such positions can hire additional graduate assistants and post-doctoral fellows, allowing them the flexibility in pursuing scholarship that isn't directly tied to a research contract or exploring unconventional activities not yet undertaken.

The 75 newly created endowed faculty positions are evident throughout the Iowa State campus including: 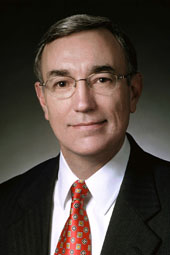