Following are four examples of the way in which endowed faculty positions are contributing to the excellence of Iowa State University.

Jonathan Wickert was firmly entrenched at Carnegie Mellon University. During his 17 years on that campus, the mechanical engineering professor had led his department's undergraduate program and was nationally acclaimed for his research in mechanical vibration and applied mechanics.

He was the author of the textbook, "An Introduction to Mechanical Engineering," and Carnegie Mellon had recognized him with a bevy of awards for his teaching and research efforts there.
So when Iowa State University came calling in 2007, Wickert faced a tough choice.

At the same time, Larry and Pam Pithan were discussing establishing a named professorship in the College of Engineering.

"We were told that Jon was a great candidate, but it probably would take a named position to entice him to come to Iowa State," said Larry Pithan, a 1973 mechanical engineering graduate from Rock Island, Ill.

The newly established endowed position, the Larry and Pam Pithan Professorship of Mechanical Engineering, made it a whole lot easier for Wickert to make a move.

"The opportunity afforded by the Pithan Professorship was the deciding factor that made it easy and natural for me to come to Iowa State," Wickert said.

"It truly helped facilitate my career," continued Wickert, now dean of Iowa State's College of Engineering. "I recognize the critical role that the Pithan Professorship, as well as Larry and Pam, have played in my career."

"It gives Pam and me great satisfaction to think that we have been able to help Jon's career grow and also help Iowa State maintain its strong position in the engineering field," Pithan said.

Wickert is just one of many faculty members who have been drawn to or persuaded to stay at Iowa State through endowed faculty positions.

As the inaugural Cargill Endowed Chair in Energy Economics, James Bushnell wants Iowa State to be a place where energy experts from around campus and the country meet to talk about science, policy and the issues of the day.

That wouldn't have been possible without the financial support provided by a $1.5 million gift provided by the Cargill, Corp., that allowed Bushnell to move from the University of California Energy Institute in Berkeley to Iowa State last year.

Endowed faculty positions have also been influential in recruiting faculty members back to campus. Cheryl Farr will return to Iowa State this fall as the inaugural holder of the Noma Scott Lloyd Chair in Textiles and Clothing. Farr, who received her master's and doctoral degrees from Iowa State, is currently a professor of design, housing and merchandising at Oklahoma State University.

While faculty members like Wickert, Bushell and Farr have been recruited to campus with endowed faculty positions, many of Iowa State's own faculty stars have been lured to remain on campus through the same type of prestigious positions.

One such individual is Gary Wells, Distinguished Professor of Liberal Arts and Sciences. Wells, an internationally recognized scholar in scientific psychology, has researched the efficiency and accuracy of police lineups and is one of the country's leading experts on eyewitness testimony.

Such success will eventually lead to other colleges and universities exploring whether professors such as Wells would want to move on from Iowa State. This fall, Wells was named the initial holder of the Wendy and Mark Stavish Chair in Social Sciences, making it more difficult for competitors to recruit him away from campus. 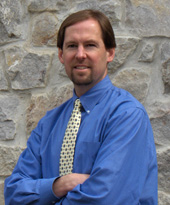 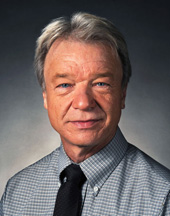