AMES, Iowa -- An Iowa State University distinguished professor has been selected for a Jefferson Science Fellowship with the U.S. Department of State.

Max Rothschild was chosen as one of 13 fellows selected for 2011-12. Rothschild is a Charles F. Curtiss Distinguished Professor of Agriculture and Life Sciences in the Department of Animal Science.

"Selection as a Jefferson Science Fellow is a rare honor and speaks highly of Dr. Rothschild's expertise and the insights he will bring to bear to help inform U.S. foreign policy," said Elizabeth Hoffman, executive vice president and provost at Iowa State. "This is a prestigious recognition of one of our highly accomplished faculty member's contributions to science and technology."

The program is administered by the National Academies and funded by the State Department. All Jefferson Science Fellowships are contingent upon awardees obtaining an official U.S. government security clearance. Each fellow spends one year at the Department of State or the U.S. Agency for International Development for an on-site assignment in Washington, D.C., that also may involve extended stays at U.S. foreign embassies and missions. The fellows remain available to the State Department or USAID for short-term projects for five years after they complete their one-year assignments.

"As a Jefferson Science Fellow, I hope to provide scientific information that will help policymakers make rational and useful decisions that benefit U.S. foreign policy," said Rothschild. "I hope this experience will provide a special perspective to help scientists at Iowa State have more impact and influence on international activities and policy decisions around the globe."

The role of the Jefferson Science Fellows is to advise and educate. They use their professional experience to increase understanding among policy officials of complex, cutting-edge scientific issues and their possible impacts on U.S. foreign policy and international relations. They advise policymakers on available policy options to address solutions for emerging international scientific issues. The program, established in 2003, has been a model for engaging the American academic science, technology and engineering communities in formulating and implementing U.S. foreign policy.

Rothschild has been an Iowa State faculty member for nearly 31 years. He holds the Ensminger International Chair, is director of the Center for Integrated Animal Genomics and serves as associate director of the Center for Sustainable Rural Livelihoods. He has served as the U.S. Pig Genome Coordinator for the U.S. Department of Agriculture for 18 years. Rothschild is internationally recognized for his expertise in swine genetics and adapting food-animal production to feed a growing population and to enhance economic development on both local and global scales. 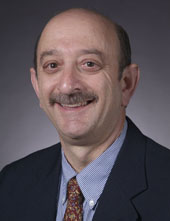