Author Michelle Lelwica will present "The Religion of Thinness" at 7 p.m. Thursday, Feb. 24. And filmmaker Darryl Roberts will present and discuss his new documentary, "America the Beautiful: Health for Sale," at 7 p.m. Monday, Feb. 28. Both presentations will be in the Memorial Union Great Hall. They are free and open to the public.

"The Religion of Thinness"

Michelle Lelwica's 2009 book, "The Religion of Thinness: Satisfying the Spiritual Hungers behind Women's Obsession with Food and Weight," looks at our culture's devotion to thinness, exploring how we struggle with body image and the cultural messages tied to America's obsession with weight and appearance. At the heart of this obsession, she maintains, is the belief that in order to be happy one must be slim. And the associated myths rituals, images and moral codes can leave some women with severe emotional damage. She encourages readers to identify the spiritual needs behind their desire to be thinner. Writing from personal experience (she suffered from bulimia as a teenager), Lelwica explores a variety of more nourishing ways to meet these needs.

Lelwica also is the author of "Starving for Salvation: The Spiritual Dimensions of Eating Problems among American Girls and Women." She is an associate professor at Concordia College, Moorhead, Minn., where she teaches classes in religion, culture and gender. She has a doctorate of theology from Harvard Divinity School.

Darryl Roberts' 2010 film, "America the Beautiful: Health for Sale," is a sequel to his acclaimed 2008 social documentary, "America the Beautiful." In his new film, Roberts takes on one of our country's most dire social issues: body image. From plastic surgery to celebrity worship, child models to dangerous cosmetics, the film tackles the issue from every side, including the media's role in advancing unrealistic expectations.

Roberts is a writer, producer and director, also known for "How U Like Me Now," a film about relationships in the 1990s. He began his career as a Chicago radio personality and later hosted an insider's look at the entertainment industry on WMAQ-TV's Sunday morning news program. He has directed commercials and music videos, and is the president of Sensory Overload Entertainment.

Lelwica's and Roberts' appearances are cosponsored by Graduate Students of Psychology, Student Counseling Service and the Committee on Lectures, which is funded by the Government of the Student Body. Additional co-sponsors for Roberts' presentation are McCallum Place, St. Louis; Rogers Memorial Hospital, Oconomowoc, Wisc.; and Timberline Knolls, Lemont, Ill. More information on ISU lectures is available at http://www.lectures.iastate.edu, or by calling 515-294-9935.

Iowa State's Student Counseling Service has sponsored National Eating Disorder Awareness Week activities for about 15 years. In addition to the two lectures, the week's activities include "Operation Beautiful" on Monday, Feb. 21, in which anonymous messages of support and affirmation will be posted in many buildings. "Don't Fight your Genes -- Change your Jeans" will be from 9 a.m. to 2 p.m. Wednesday, Feb. 23, in the Memorial Union main hallway. Jeans no longer worn will be collected for charity. Additional information is available online. 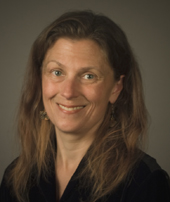 "The Religion of Thinness" 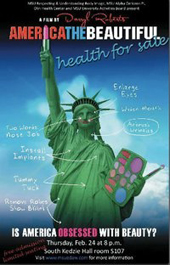 "America the Beautiful: Health for Sale"

Be Comfortable in Your Genes