Pulitzer prize-winning author Jane Smiley will speak at Iowa State University about her most recent nonfiction book. Her talk, "The Man Who Invented the Computer: The Biography of John Atanasoff, Digital Pioneer," will be at 8 p.m. Thursday, March 3, in the Memorial Union Great Hall. Smiley's presentation is part of the university's National Affairs Series on Innovation. It is free and open to the public. 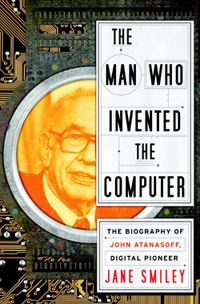 Smiley's book by the same title tells the story of Atanasoff, an Iowa State physics professor who invented the first electronic digital computer in the basement of Physics Hall before he was diverted into war work in 1941. The book, published in October 2010, is the first entry in Doubleday's Great Innovators series.

Smiley taught at Iowa State University from 1981 to 1996 as a distinguished professor of English. She is the author of a dozen books of fiction, including "A Thousand Acres" (which won the Pulitzer in 1992), "The Age of Grief," "The Greenlanders," "Ordinary Love and Good Will," "Moo," "Ten Days in the Hills" and, most recently, "Private Life." She also has written essays and short stories for Harper's, the Nation, Vogue and The New Yorker. Smiley was elected a member of The American Academy of Arts and Letters in 2001, and received the PEN USA Lifetime Achievement Award for Literature in 2006. She chaired the judges' panel for the prestigious Man Booker International Prize in 2009.

Smiley's talk is cosponsored by the colleges of Engineering and Liberal Arts and Sciences, the Department of Computer Science, University Marketing, National Affairs Series and the Committee on Lectures, which is funded by the Government of the Student Body. More information on ISU lectures is available at http://www.lectures.iastate.edu, or by calling 515-294-9935. 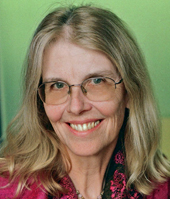 "The Man Who Invented the Computer: The Biography of John Atanasoff, Digital Pioneer"