AMES, Iowa -- The U.S. Census Bureau has begun releasing data from its 2010 census and will continue releasing some 100 billion bits of data by 2013 according to an AolNews story. Robert M. Groves, director of the U.S. Census Bureau, will discuss the complexities of collecting and analyzing all that data when he visits Iowa State University to present the Wayne A. Fuller Lecture on Thursday, Feb. 3.

Groves' talk, titled "The 23rd Census of the United States, Official Statistics, and the Academic Discipline of Statistics," will take place at 7:30 p.m. in ISU's Howe Hall Alliant Energy Lee-Liu Auditorium. Sponsored by Iowa State's Statistical Laboratory and the Department of Statistics, the event is free and open to the public. A dessert reception will follow in the Howe Hall Atrium.

Under constitutional requirements, the Census Bureau conducts a full census of the U.S. resident population every 10 years. Like much social science research, the U.S. Census is shaped by features of scientific measurement associated with self-report.

"Unlike most social science surveys, however, the Census collects data from the entire population and does not use the traditional inferential paradigms of statistics," Groves said. "The absence of sampling also necessitates a vast, logistically complex operation to ensure that Census data are complete and measurement is performed in a uniform way. The talk begins by reviewing this operation for the 2010 Census."

Groves says the quality framework of "official" statistics produced by the Census Bureau and government agencies only partially overlaps with that of traditional survey statistics. His talk will discuss the differences and how the next generation of statisticians might address the mismatches.

President Obama nominated Groves for director of the U.S. Census Bureau on April 2, 2009, and the Senate confirmed him on July 13. He began his tenure as director two days later.

Groves has authored or co-authored seven books and scores of scientific articles. His 1989 book, "Survey Errors and Survey Costs," was named one of the 50 most influential books in survey research by the American Association of Public Opinion Research. His book, "Nonresponse in Household Interview Surveys, with Mick Couper," received the 2008 AAPOR Book Award.

Full event information is available on the ISU statistics department homepage at: http://www.stat.iastate.edu/. 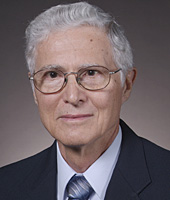 Robert M. Groves, director of the U.S. Census Bureau, will present the first Wayne A. Fuller Lecture on Thursday, Feb. 3, at 7:30 p.m. in ISU's Howe Hall Alliant Energy Lee-Liu Auditorium. His talk, titled "The 23rd Census of the United States, Official Statistics, and the Academic Discipline of Statistics," is free and open to the public. A dessert reception will follow in the Howe Hall Atrium.
Loading...